For years now, video games have been a huge money-making industry worldwide. The development of new technology has evolved video games into the perfect blend of entertainment, recreation and socialization. In fact, recent studies have found that over 1.2 billion people play video games worldwide and an estimated 700 million of them play online, according to research from GeekWire.

With more and more people playing online, it doesn’t come as a surprise that cryptocurrencies, such as Bitcoin, are likely to play a much larger role.

The world of video games and digital currency seem to be the perfect match, but only a small handful of companies have integrated Bitcoin into the gaming industry to enhance user experience. Still, many believe that, with Bitcoin and blockchain’s growing popularity, there’s a good chance this cryptocurrency could have a notable impact on the future of video games.

Here are 4 ways how Bitcoin and the blockchain could change the video games world:

Some game developers, particularly startups, are considering jumping on board the rising trend of using cryptocurrencies as a way to finance their game’s development. An example of one such company that has used this method is Reality Gaming Group, which has used an ICO (Initial Coin Offering) to secure $3.5 million toward work on its mobile augmented reality multiplayer shooter game, Reality Cash.

According to Games Industry, who spoke with Reality Gaming Group about the advantages of using ICO to boost budget, the company sourced these funds by selling virtual currency before the game’s launch. As explained by Tony Pearce from Reality Gaming Group: “The in-game currency is called Reality Clash Gold coins – or RCC Gold – and during the ICO investors could buy these coins for a limited period at a big discount to the price of the coins when the game is launched next year.”

Pearce further explained that ICO investors were also given the opportunity to purchase exclusive weapons that could be traded on blockchain, but which wouldn’t be made available in the Reality Cash store once the game goes live.

Although blockchain was initially conceived as the accounting backbone of Bitcoin and other cryptocurrencies, the blockchain has grown into a vital technology that is bringing strong solutions, disruption and improvement to nearly every industry sector. More companies are now using this powerful technology to develop new platforms to improve and revolutionize just about every aspect of the gaming industry. For instance, companies like Game Protocol (a decentralized gaming economy driven by a unique cryptocurrency called Game Protocol Token) have employed blockchain to improve security, develop a gamer community and empower developers.

An article titled, “Is the Blockchain Taking Gaming to the next Level?”, recently posted on NewsBTC (a news service known for covering Bitcoin news) revealed that the blockchain appears to be impacting video games in three notable ways: multi-player integration, tokenized incentives, and better competition.

For instance, blockchain can benefit multi-player integration because it operates on a distributed ledge system, so games built with this technology will not be affected by server outages or poor performance, which is a common problem with high traffic. Blockchain-based games can also reduce latency while improving power and reliability. As for Tokenization, this enables users to move between blockchain platforms with ease. This way they’re not tied to one ecosystem. The competition will be improved by blockchain because one of its most acclaimed features is smart contracts, which will aid competition and can even serve as an unbiased digital mediator for competitive agreements.

3. Big names in the gaming industry are accepting Bitcoin

Valve Corporation’s digital distribution platform Steam has already been accepting Bitcoin. Steam is considered to be the largest digital distribution platform for PC gaming and has been accepting Bitcoin payments via processing service BitPay since 2016. According to BitPay, it was approached by Valve because Valve was seeking payment options for players in less accessible areas of the world.

According to past reports on Steam, the platform sees hundreds of millions of dollars in monthly revenue for its digital media marketplace and the diverse number of games on its platform. With heavyweights like Steam using Bitcoin, this opens up huge possibilities for this cryptocurrency in the future of the video game industry.

The gaming industry extends beyond the world of video games and Bitcoin has extended its reach to these other areas as well, namely the iGaming industry. According to a recent article on Alux, Malta, one of the iGaming markets most prominent regulators of online gambling, is seeking to legalize Bitcoin at internet casinos.

Of course, Bitcoin isn’t exactly new to the online gambling industry. Gambling news portals like Calvin Ayre, VegasMaster and Askgamblers have reported that more casinos are offering this digital currency to their players, as it provides them with greater anonymity and an instant and highly secure way to make quick deposits and withdrawals that are without fees. In other words, players get a superior payout system.

In addition to pleasing players, another reason why this currency may benefit gambling operators is it’s easier to create and operate a business via Bitcoin. The process of running the iGaming destination is far more straightforward and simplified compared to attempting to operate using traditional currency methods. Moreover, Bitcoin gaming sites are less expensive to run and take less time to develop and launch. All these perks, as well as big industry regulators like Malta wanting to jump on board the Bitcoin bandwagon, make it highly likely that players will see more cryptocurrency online gambling sites in the future. 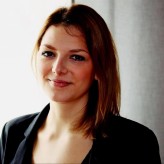 Writer and marketing expert with a passion for technology, video games and travel.

Previous ArticleHow to Create an Ideal Remote Startup Team
Next ArticleHow a Social Community Can Improve Your Business
THE Skinny
Socialnomics Trends December 5, 2021