MoneySuperMarket (MSM) has a reputation for controversial ads with the likes of Dave and crew twerking in high heels for their #EpicStrut campaign. But their latest campaign #EpicSkeletor has hit a pinnacle of TV advertising. Featuring He-Man, Skeletor and a glorious Dirty Dancing routine, this ad had everything to take it to the top. The first appearance of this ad was slap bang in the middle of X-Factor, a great choice for demographic targeting. This immediately set in motion a huge spike in mentions of MoneySuperMarket on social media channels.

Social media conversations about MSM grew from circa 100 posts each day to reach past 35,000 in only an hour. The immediate impact it had on social media was similar to that of its Epic Strut ad, which boosted revenue for MoneySuperMarket in Q4 by 20%.

Although the ad was only aired in the UK, the viral nature of it meant it spread internationally, popping up in Japan, Finland, The Philippines, Uganda, Peru, and Ecuador. It shows how good creative can extend brand awareness across the globe.

How to make a successful TV spot

So what made the ad so successful? The ad mixes nostalgia for Dirty Dancing alongside He-Man and Skeletor, beloved classic comic book characters of the 80s. It took the two contrasting themes and blended them in a way which didn’t directly tie to MoneySuperMarket. The key here is that the ad campaign focuses on the emotion of joy from being a customer, rather than features of the service itself. Also as the ad involves characters from comic books which would be recognizable to the target demographic it plays on the audience’s nostalgia and combines it with comedy. It shows that they had done their research into what resonates with their demographic of mid 30s males.

These characteristics can be applied to creating your own ads. Comedy is a good way to engage your audience, being able to be lighthearted rather than showing a  corporate face. Tapping into successful themes from recent times or from decades ago and adding your own spin can also be a way of engaging your audience in a way they won’t expect.

Back in the days of Apple’s Superbowl ad and Budweiser’s “whasaaaaap” ads, spending was focused mainly on Above The Line campaigns. However, in recent years the trend for spending large budgets on prime time TV ads has slowed, as planners have focused more on personalized, highly targeted ad campaigns. But as frustration with flashing banner ads and brands following you around the web continues to rise, is it time for the traditional style ad spot (with real-time measurement included) to make a comeback? 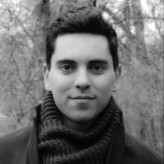 Louis is part of the Marketing team of Pulsar, an audience intelligence platform. His background in advertising flows into his writing, providing readers with insights around social media, marketing and technology, along with the latest trends in martech. When he's not doing all this, you can find him building Messenger bots.