How 2018 Will Change the Way You Experience Social Media

How 2018 Will Change the Way You Experience Social Media

The only thing that remains consistent across all platforms of social media is that something is always changing to try to keep up with what users are “liking” the most at the time. It is rare to find someone in our world today who is not on at least one form of social media, whether that’s Facebook, Instagram, Snapchat, Twitter, YouTube, another of the countless platforms available, or all of the above.

People are sharing more about their own lives publicly than ever before, and they have instant access to information about thousands of their “friends’” lives as well. Many people rely on social media for more than just connecting with their friends, though. Some will use it to start their own businesses, some will “shop” for products and services while on social media, and some will go there for advice about anything and everything in their lives when they want to hear personal experiences and opinions.

2018 is going to bring even more shifts and changes to what’s popular in social media.

Many social media platforms a are beginning to overlap in the features that they offer. Each platform of social media began with one key distinction that it would use to convince people to join for something new and different, but now most forms of social media provide users with many of the same popular features.

“Both Snapchat and Instagram feature timed videos and visual content, so the main points of differentiation are audience and reach. Instagram Stories has a significantly wider reach and receives more engagement; Instagram influencers see up to 10 percent of their audience members open their Instagram Stories on a daily basis, which is more than can be said for Snapchat. On the other hand, Snapchat continues to dominate among members of younger demographics.” Live videos on Facebook are also becoming increasingly popular for generating a lot of engagement and interaction from viewers.

Businesses and private social media users alike are competing for attention and for the most “likes.” Now, and even more so in 2018, for a post to get attention, the viewer will need to feel like he/she is there experiencing it. According to Oregon Web Solutions, “There’s an increasing demand for social media to be more immersive, providing a sort of vicarious experience for users. In the simplest terms, it’s no longer enough for you to post about an event–you need to take users into the experience by live-posting, or even by using a 360-degree video.” What social media users are willing to spend time reading, watching, or looking at has become much more selective.

A post without a photo or video attached is far less likely to get any notice on social media. People on social media are bombarded with notifications and posts as they scroll through their news feeds. It takes a great photo, or a video with an interesting caption to make them stop and actually look at a post. According to Alvo Media, people on social media “recall visuals better, respond to, and share visual content more. Forms of visual content such as GIF, rich media, and creative videos will become trendier in 2018 and beyond.” Business owners on social media will likely be putting more thought into video-based marketing geared toward social media specifically, and looking for high-end video captioning services to ensure that they reach a wider audience.

No one can predict the future, but one thing about 2018 is for sure-social media will see a lot of changes and improvements for everyday users and businesses. Social media has come a long way since it started in 1997, and it will continue to grow and improve as technology and trends change. Different social media platforms are becoming less unique by offering the same features as their competitors, descriptive posts that invite the viewer into the experience are becoming more popular, and stunning images and videos will be the only way to get viewers to stop and notice a post in 2018. 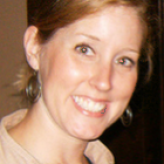 Jennifer Livingston has been writing for most of her life, and has been published on many websites and blogs. She specializes in business management, digital marketing and web development. She gained experience developing and optimizing Wordpress sites while in college and has since applied those skills into her professional life. As web development and digital marketing are ever changing, Jennifer strives to stay on top of industry trends and keep current with up-to-date marketing strategies. Her extensive knowledge and experience gives readers a unique and clear understanding of these complex subjects.

Previous ArticleTop 7 Effective Ways to Build Brand Loyalty
Next ArticleThe Importance of Starting a Blog for Your Business
THE Skinny
Socialnomics Trends October 1, 2022