Tech Innovations in Waste Removal: The Future of Junk

Tech Innovations in Waste Removal: The Future of Junk

Trash removal is not one of the first industries you think of when it comes to the word ‘innovation.’ However, trash removal has come a long way. During these last few years, miraculous steps have been taken to bring the management of waste disposal into the 21st century. With the world getting ever so crowded and the average person producing an average of just under four and a half pounds of waste a day, we need all the help we can get. Tech from all areas of the industry has stepped in, and the processes that will soon go into throwing away your coke bottles will blow you away.

The sorting of plastic has always been a huge waste of both time and manpower. This is where near-infrared (NIR) spectroscopy comes in; this innovation manages to capture subtle differences in the polymer compositions, effectively providing a quick and easy method of material identification. Think of it as a huge scanner that identifies the “fingerprints” of various plastics rapidly, speeding up the sorting and, as a result, possibly eliminating the need to sort our trash.

One of the best uses of waste is tapping into unused energy. Despite sounding like something out of a Sci-Fi book, the truth of the matter is that barely any potential energy in solid waste is ever used. Thankfully, companies have started developing processes that use various methods to produce synthesis gas, aka syngas, which can later be turned into diesel, methane, methanol, etc. Using electricity, companies literally convert approximately a ton of solid waste into the equivalent of a barrel of oil.

One of the earliest arrivals to the waste industry is RFID (radio-frequency identification), which has been around for years now mostly in handling baggage at airports, chipping pets and simply tracking goods. The benefits RFID brings to the table here is that it can track when and where pickups are being done, the routes used, as well as who’s been recycling and how often. This kind of monitoring can single out problem areas early on and help create incentive programs to get everyone in line.

A relatively new method of minimizing the bulk of food waste is the process of removing water from waste and letting bacteria eat up whatever is left behind. This is a very effective process that is currently undergoing pilot phases and trials with high hopes of moving into use around the world. The use of microorganisms is nothing new, (after all, that’s how we get yogurt), but what makes this so revolutionary is the sheer amount that gets eaten away.

It’s not a one-way street

Perhaps the most remarkable change in waste removal has to be the massive shift in our idea of trash in the first place. Private firms are popping up, providing rubbish and junk removal. What these companies recognize is that trash is slowly becoming a commodity. With all this new tech, it’s skyrocketing profitability. It is time to realize that waste management itself is becoming a much more lucrative industry, with the cogs slowly falling into place to create a well-oiled, albeit smelly, ecologically sound machine.

We live in an age that prides itself on developing technology to better every aspect of our lives except those that really need the oomph. Thankfully, as more and more people turn to the ever-growing problem of waste, today’s problems could be reduced to a nuisance in no time at all. And the truly remarkable thing about all of this tech is that we’ve just begun to scratch the proverbial surface! Given the right funding and incentive, this idea of a greener future could be propelled to unimaginable heights, making the world a better place for everyone. 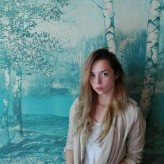 Chloe Smith is a cycling enthusiast, business consultant, and a part-time writer always willing to share tidbits of advice. She believes that passion, courage and, above all, knowledge breed success.