How Social Media Has Changed Consumerism

How Social Media Has Changed Consumerism

Social media is everywhere. There are 2 billion users on Facebook, 700 million on Instagram, and despite dropping numbers, Twitter has 68 million users in the United States alone. All that is to say, social media is incredibly popular, like radio and television before it. Which is why it should come as little surprise that it has transformed consumerism and commerce as we know it. Here are three key areas that have been affected and influenced by the influx – and popularity – of social media platforms.

Before the advent of the Internet, retailers used billboards, newspaper, magazine spreads, radio spots, and television commercials to advertise their wares. Now they can use the very platforms that you log into every single day of the week – namely, Facebook, Instagram, Twitter, Tumblr, and more. Advertisers go where their customers are, and increasingly, this is online. But social media platforms are important to retailers not simply because that’s where their customers are. No, it’s because with social media platforms like Facebook, they have the best advertising platform ever devised.

Unlike radio or television, which entails a whole lot of guessing and a bit of luck when it comes to advertising and marketing, platforms like Facebook allow retailers to market directly to their target customer demographics. This can be done in two ways: through customers following the retailer directly (more on this below), and through paid – and targeted – marketing efforts. For example, if a retailer wants to market to women making between $75,000-$150,000 per year, between the ages of 35 and 50, Facebook makes this possible. Which should explain at least partially why many of the ads you see on Facebook, Instagram, and other platforms are eerily accurate. Social media is the ultimate billboard.

One of the most unique elements of social media is that customers (and would-be customers) can voluntarily opt into a retailer’s marketing channel. Which is exactly what happens when somebody follows a retailer that they like, be it Nike, Coca-Cola, Apple, or J. Crew. This represents an amazing opportunity for both parties. While the retailer is guaranteed a marketing audience with a known interest in its products or services, the customer is given a platform to interact directly with the retailer. They can voice concerns, make special requests, get on-demand customer service, and more. This is quite unique in the history of retail. Even as recently as 10 years ago, this really wasn’t possible in any meaningful way.

This phenomenon has resulted in all new retailer-customer relationships. Customers now feel like they are part of the brand, rather than a spectator sitting on the outside. It isn’t uncommon for retailers to offer exclusive deals on their social channels, make news announcements, launch new products, and offer various other perks for their most devoted fans; that being the people who have voluntarily “followed” them online. In fact, if you follow any companies or retailers online, you may be familiar with tactics yourself. With social media, retailers and customers can now have a two-way conversation rather than a one-sided one, and in the process, companies can build a loyal customer following while boosting sales – and the sales experience.

Social media is a valuable marketing platform for retailers of all sizes, and an effective (and unique) outlet for customer service. But did you know that increasingly, it’s also becoming a place where customers can initiate and actually complete their shopping experience? It’s true. With features and updates continuously being rolled out by major companies like Facebook and Instagram to this end, social media platforms are becoming a marketing channel, CRM application, and e-commerce site all in one.

Social platforms like Instagram and Twitter are already offering businesses the opportunity to offer sales directly through their app. And many retailers – such as IKEA and Alibaba – are beginning to dabble in virtual reality and augmented reality experiences as well. With the advent of 5G technology right around the corner, there is little reason to doubt that this technology will continue to gain a foothold, and may find its way to the various social media platforms that you frequent. You could soon be accessing – and shopping – Facebook directly from your Samsung Gear VR headset. This much is certain; the future of commerce is online. But perhaps a bit surprisingly, and more specifically, all signs point to the future of commerce being on social media.

Learn more about the social media takeover from a Top Keynote Speaker! 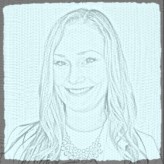 Jessica is a freelance journalist who loves to cover technology news and the ways that technology makes life easier. She also blogs at FreshlyTechy.com. Check her out on Twitter @TechyJessy.