Facebook is one of the biggest and best advertising platforms that businesses can use to reach their target customers. But like so much in the world of digital marketing, there can be much trial and error involved, especially in the beginning. Luckily, you’re not alone. Lots of people have been through the very same process and learned from their mistakes along the way – meaning you can learn from their mistakes too. If you’re starting to feel frustrated that your Facebook ads still haven’t led to any sales or ROI to speak of, then it might be time to check that you haven’t forgotten something important.

As any beginner’s guide to Facebook advertising will tell you, it doesn’t matter how good your adverts are if they’re not being seen by the right people. Show the same advert to one set of people and then to a totally different set of people, and the results can be drastically different.

An effective Facebook advertising campaign begins as all marketing should: with thorough customer research. You need to know your demographics – not just age, gender, and location, but also things like political views, career seniority, and lifestyle. Facebook allows you to get incredibly granular with your targeting, and factors like geographic region and niche interests are shown to contribute to a better overall campaign performance.

After your ad has been live for a week or so, chances are some of those people targeted will have seen your ad more than once – maybe even several times. If someone has seen the same ad three times or more and has not clicked on it, then chances are they’re not interested in what you have to offer, so it’s a waste of your budget and time to have it shown to them again and again. It may also start to become annoying for them, leading to ad fatigue.

To stop this from happening, you can set up optimization rules based on ad frequency when you create your campaign. Find out how to do this here.

With regular split testing, you can tweak each variable of your advert to find the one that resonates most powerfully with your audience. This is certainly worth doing, as even small changes can make a big difference. Here’s what to split test:

Give your ads some attention

Running a Facebook advertising campaign doesn’t stop once your ads go live. Once live, they need your devoted attention – if only because they can quickly become expensive. You may set up an ad campaign that seems to be performing very well, so you leave it running for a few weeks – or even months. Little may you realize that your entire audience was reached within the first week or two, leading to wasted funds in the weeks that followed as you continued to advertise to the same people.

In cases like these, the cost-per-click can start to climb very fast indeed. The best way to stay on top of this is to check how your ad is performing on a daily basis – and when you see that cost-per-click starting to rise, you can take action right away.

It’s a common mistake when marketers first start out with Facebook advertising; they forget to exclude people who have already seen the ad, clicked and converted. Not only is retargeting these people a waste of your budget, but it’s also unnecessary and may start to annoy them – after all, they’ve already followed through on your call to action. They may see your ad several more times (depending on your settings) – all for no good reason at all. Unless you have something new to say or offer, be sure to exclude past converters from your list.

According to The Next Web, 90% of Facebook’s daily users access it via mobile. Desktops and laptops still play a role, but it’s important to make your adverts work for everyone. You can’t assume that everybody looking at your ads will be doing so from a large screen, so ensure your ads look optimal for all devices.

Having a working knowledge of the device habits of your audience will help. Try using the audience insights tool to find out what proportion will view on a smartphone vs. laptop vs. tablet will creating your ads.

Just like any form of marketing, Facebook advertising is really about spending your budget wisely on the things that are going to give you the highest return and capture your audience’s attention. You should always be willing to keep tweaking, testing, and optimizing your Facebook ads if you want to keep ensuring good results. A couple more minutes spent setting up could lead to far more valuable impressions for your business. 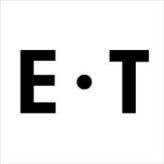 I’m an ecommerce whizz with over a decade of industry experience. I’m totally addicted to blogging, and I contribute to a number of online publications, including my own blog: Ecommerce Tips. Got something to share? Do get in touch.