According to a report shared in June 2016, there are 2.2 million apps available in the Android app store, while the Apple app store houses 2 million applications for its users. Our discussion today isn’t this; instead, it is the rate of retention which follows. As of March 2016, 27% Android and 23% iOS users, used the application only once and then abandoned it.

The question arises, why?

I do agree with what Mark Twain once said, ‘The secret to getting ahead is getting started’.

Here when he said ‘getting started’, he definitely would have intentions to mean, ‘starting with utmost perfection and precautions’.

This is where it starts

For a user, the journey of your application begins the day you launch it in the app store. However, it’s you, acknowledged the entire efforts it took to bring the application to this stage.

I’m sure there’s no way anyone would ever compromise with those efforts at any point; but there’s something that at a certain point you fail to notice somehow, consequently joining the others in application retention rate.

With all respect to the ‘parent and child’ relation you share with your application, I would say, ‘Your app’s launch won’t be the last interaction’. I have seen a few developers, adding ‘n’ number of features, presuming this to make their application successful.

You are going to have the rights to add features to it in coming days, so please do not serve everything to your users at once just to end up irritating them.
This reminds me what Earnest Hemingway said in the ‘farewell of arms’; “If people bring so much courage to this world the world has to kill them to break them, so of course it kills them.”

Keep some features with you to release them as updates in future, believe me people like surprises. Also by that time, you’ll know about their likes and dislikes, and then you can accordingly release new features.

You need to remember this always. At the initial stage develop the application for any one platform, do a little research based on the market region and the audience you are targeting. It has been seen, that generally individuals/startups app solution coming with a business application, prefer to have iOS, while the others (often including the first category also) run with Android.

While on one hand, the later gives you a better exposure in a huge market, the former avails you a creamy layer of clients. This is now your choice to choose one out of these two leading operating systems.

I always thought that the sayings, ‘nothing is perfect’ and ‘perfection is a myth’ are only to boost someone, but now I realize that these are true. You might have outsourced your app development project to some highly experienced tech nerd either in South Asia or the Silicon Valley, but expecting free-from-bugs application will be a poor expectation.
So always stay prepared to solve the uncertain bugs that might anytime come in your application. Though this will be in use after the launch, you should be prepared pre-launch, as you have no idea about the response you might receive soon after launch.

Being a beta tester for your own application:

This act is truly common to see around. I mean if it would have been that simple to find self-mistakes/pitfalls, the world would have been heaven. Friends, you really need to have someone apart from you to test your application before the launch.

If possible, try testing your application in a real environment with your circle. Welcome their feedback and reviews and accordingly plan ahead to schedule the release.

These were the top four pre-launch mobile app development pitfalls that you need to avoid. However, by the end, before leaving I would highlight the most important aspect and need to be the first one; Hire a good mobile app developer. 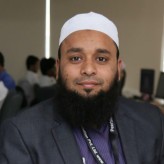 Shahid Mansuri Co-founded Yelowsof Peerbits, one of the leading mobile app development companies India, in 2011. His visionary leadership and flamboyant management style has yield fruitful results for the company. He believes in sharing his strong knowledge base with leaned concentration on entrepreneurship and business. Being an avid nature lover, he likes to flaunt his pajamas on beach during the vacations.