5 Modelable Features that Boosted the Acceptance of iPhone

5 Modelable Features that Boosted the Acceptance of iPhone

The iPhone is not just another invention that can be placed on the shelf of human achievements during the course of life on this planet, it is much more than that. Apple inc. developed the version of iPhone in 2007, and since then, it has been an exciting prospect. It is hard to imagine a time when iPhones were not so important in our lives, and nowadays they are just so prevalent. But what made Apple’s flagship product so good that it made a permanent place in the hearts and minds of its customers? Why is it so good? What does the iPhone have that on one else does? These are the questions we are going to answer while discussing the 5 modelable features that boosted the acceptance of iPhone, and made it as the number one cellular phone on the block.

The very first version of iPhone, known commonly as iPhone 2G, was launched in June 2007, and since then, Apple has not said “NO” to continues improvement and development. The ability to operate your phone by naturally touching it, instead of using buttons or a stylus, was revolutionary to say the least. And even though iPhone was not the first phone to implement the feature of touch, but it was definitely the one that made it look cool. Apart from the haptics, iPhone must also be credited for making use of dual cameras on the phone. The iPhone 4G was the first mobile device ever to have 2 cameras, both, in the front and rear.

When you buy an iPhone, you have to register it in Apple’s database with the cellular carrier you are going to use it with. Once you do that, that carrier becomes your only source of cellular operation. Conventionally, you cannot change your carrier once you have it registered, which is kind of a bummer because you want to have the option of changing your carrier if you want, right? In such situations, jailbreaking your phone does come into play. There are many tutorials available online such as, Trustedbeasts guide to unlock iPhone 6, which will help you in easily unlocking your iPhone to use it with whichever cellular carrier you want to use it with, and this is something which made iPhones more appealing and applicable to the general audience.

One for the people who love getting the most out of their phones, the newer versions of iPhones, support full HD resolution. The iPhone 7 has a 4.7 inch touch screen with a 750 x 1334 full HD resolution, which is a dream come true for the customers. Combine that, with the iOS 10.0.1, which can be upgraded to iOS 10.0.3, and Quad-core 2.34GHz processor, this phone is the Holy Grail.

iOS and Android are the two most popular mobile operating systems on the face of this planet right now, and the competition between them is neck and neck when it comes to features. But one thing, in which Apple’s iPhones take precedence over their Android counterparts, is their dedicated memory. What does that mean? Well, if you have ever used an Android phone, you know that once it battery level reaches around 20%, its performance gradually drops, and as soon as it hits 10%, you might as well use a brick instead. Nothing of the sort happens in iPhones, and you can use your iOS phone to its maximum potential even at 1% battery.

The camera in iPhones is head and shoulder above the rest of the market. The camera in Apple’s proud device is so fine, that it makes your camcorders obsolete. If High quality HDR photos were not enough to please you, slo-mo 4K videos will do the trick just splendidly. This makes the iPhone so mesmerizingly brilliant. 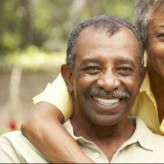