4 Logo Design Mistakes SMBs Make and How to Fix Them

4 Logo Design Mistakes SMBs Make and How to Fix Them

It’s been said that logos are a form of art. But while designing a logo does take creativity,this saying is a major pitfall for small businesses.

For one thing, it ignores the science of branding. Good logos are engineered to put people in a buying mood. The National Center for Biotechnology Information, for instance, found that popular food logos activated children’s brains to make them feel motivated. If your logo is just a cool drawing, it won’t be as effective at influencing consumer behavior.

There’s another problem with thinking of your logo as art: your marketing team isn’t made of artists! Just like a child’s drawing isn’t as masterful as a Picasso,there’s a huge difference between amateur and professional logos.

To make a truly quality logo, it’s best to start by learning what not to do. You’ll want to make sure these rookie mistakes don’t ruin your design:

Airlines are a great example of The Copycat Trap. Most major airline logos look like an airplane and use similar colors—like American Airlines’ wings, Delta’s triangle, and even an entire plane that Southwest Airlines usedat one point.

These are multi-million dollar companies, so clearly their logos work. But imagine what would happen if a smaller airline tried to use a plane-inspired, blue-and-red logo. It wouldn’t stand a chance, because it would look too much like the big name logos customers already know.

The Fix: If you try to hop on a bandwagon that’s already rolling, there’s a good chance it will run you over. Your best bet is to create a stand-out logo that doesn’t adhere to industry clichés. (This fun quiz shows how some small airlines are doing just that.)

A logo has two jobs: appealing to your target audience and telling them about your brand. When it comes to the latter, many SMBs can’t isolate a single message they want their logo to say—so they force it to say everything at once.

That’s the marketing equivalent of cramming everything you own into your closet: as soon as clients look into your logo, all those brand messages are going to come crashing down on their heads.

The Fix: If you haven’t made a logo yet, ask your team for help picking a single concept for your logo. If your existing logo is a mess, you’re in good company—Apple’s first logo was so complicated it included an entire poem.But they quickly simplified their design, just like you should do.

Now, we’ve arrived at the worst offense SMBs commit: The DIY Disaster. This is when someone on your staff says they took a couple design classes and would love to design the new company logo. Naturally, this sounds great to small business owners who don’t have $211 million sitting around to spend on a logo like BP.

But without proper training and resources, this volunteer can’t create a truly great logo. There are dozens of nuances when it comes to logo design, such as spacing and type size, that can throw off the aesthetics and reduce its impact on customers’ buying habits.

It’s also difficult for a novice to create a logo that works on every marketing platform. A design that looks great on signage may not scale on your website. One that’s perfect in color may be unreadable in black and white. Whatever the case, there are too many risk factors to make your logo an in-house project when you don’t have a professional designer on staff.

The Fix: Working with a creative agency gives you access to skilled graphic designers yet still lets you set the price point. Any firm worth its salt will have a portfolio of logos online, so you can see their work before you hire them. You’ll want to hire one with a lot of experience, quick turnaround times, and an hourly rate that won’t break the bank.

You may think typography isn’t necessary, since some brands don’t include their names in their logos.But those are the most famous, recognizable companies in the world. Until you reach the same star status as giants like Nike and Pepsi, your logo needs your company name.

Where many SMBs go wrong is that they pick a font just because it looks cool—even if it doesn’t match the brand’s personality. Disney and Coke chose awesome fonts, but they also chose fonts that accurately advertise their corporate culture.

The Fix:Once you’ve identified the personality you want your brand to portray, learn which fonts send the right vibes. You can find plenty of great resources that will teach you about font psychology.This way, you’ll know exactly what you’re looking for so you can quickly locate it in the font gallery of your choice—instead of just purchasing the first font you see because your marketing expert thinks it looks cool.

Your logo design is more than a pretty picture—it’s your ticket to engaging customers. Don’t sell yourself short by falling into these logo design traps. If you avoid(or fix) these mistakes, you’ll soon maximize your logo’s branding power and take your small business to new heights. 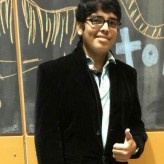 Sagar Mandan is HR and writer at techssocial.net. He handles all the marketing and SEO service part of his team.

Previous Article10 Things Every Enterprise Should Realize About DevOps
Next ArticleWant A Transport Solution For Your Business - Sprinter Guy Boston Is The Answer
THE Skinny
Socialnomics Trends October 1, 2022