Social networking has become a new form of interaction for social animals. It isn’t just medium for personal and social interaction, but also business houses have started using it for the marketing and promotion of their products and services.

According to a report, at least three-quarters of the social media users in the US have made a purchase online in the year 2016. Another report shares that in the year 2016; Snapchat users were watching 10 billion videos per day.

The risk gets higher

With social media becoming a major platform for all kinds of people, the risks of virus infecting your system through it gets higher. According to the authorities, the risk of viruses infecting through social media platforms is only going to get higher with time.

In last few years it has been noticed that a huge number of viruses are being uploaded through different mediums. This primarily includes shared links on phishing websites. You close ones unknowingly will share these links and as a result, the virus will enter your system.

How to overcome this?

Let’s keep this beyond complications by tagging the obvious solution, ‘Get an Antivirus’.

This definitely is the most obvious reply one can give. However, the major concern is;

Which is the best Antivirus for Social Networking?

There’s a big list of antiviruses in the web world. While each one is claiming to give you 100% threat against the viruses coming through social networking sites, it becomes your responsibility to closely study the performance of each of them.

Chose the antivirus which suits your best

Though there’s a good list of antiviruses available in the market, there are a few who managed to make a better space in the market. With the competition at its peak, two antiviruses have made an exceptional space in mobile (based on reviews). They are:

Known for its superior performance, BitDefender antivirus has made an impeccable space in the market. Users claim that it consistently seeks out malware and destroys them. Apart from this, another reason behind its popularity is the 24*7 tech support users get in case of any query. The antivirus comes with ransomware included in its package and offers numerous tools and features in its basic package.

With a space a little below our first rank holder. The antivirus has proved its expertise in detecting and blocking legitimate internet threats. It has gained perfect scores for usability and protection, in the tests conducted by the independent testing lab AV test. Standing close in competition with Bitdefender, Kaspersky technical support team is also available 24*7 to help users overcome their problems.

For a guy next door, it might be difficult to judge the better antivirus among the two. However, you definitely can find expert opinions on ‘Bitdefender vs Kaspersky’. But yes, one thing is for sure that both of these have one thing or another which has the power to protect and secure the users in their own way.

As mentioned earlier, that the above mentioned two top the list, but we do have other recognizable options to have secure social networking experience. The list includes:

McAfee stands close to Kaspersky in the competition. However, apart from the exceptional security it provides, it has also gained a good user base for a distinct reason. The yearly subscription of the antivirus comes with unlimited licenses. This means that it allows you to protect all your devices with a single subscription fee for a year. Though you can’t rely upon it totally, but this is definitely good choice against the Microsoft windows defender which comes installed on your system by default.

While Norton has performed exceptionally well in providing overall security, but users have complained of slow system performance after its installation. SO if you are fine with that ‘minute slow system’, Norton undoubtedly has the ability to protect you from social networking virus threats.

As we have mentioned earlier in our blog, that the growing people’s engagement in social networking sites and its role in the personal and corporate lives of people has increased the threat of being attacked by viruses. So, in order to keep your data secured, it is important to have an antivirus which fits your criteria. The only thing you need to keep in mind is your system’s configuration and your requirement from an antivirus. Once you have knowledge about this, then only you must choose the antivirus for your system 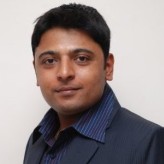 Brijesh Vora, a chief executive officer (CEO) and co-founder of Plutus, a foremost startup in the world of web & mobile application development. The company located in United states, UAE and India. I believe in sharing strong knowledge base with leaned concentration on mobile applications, entrepreneurship, latest technology trends and business.

Previous ArticleHere’s a Brilliant Guide on Starting a Business in the Finance Industry
Next Article10 Steps to Growth Hacking Your Copywriting Strategy
THE Skinny
Socialnomics Trends October 1, 2022