Cyber crime has been ranked as the second most reported economic crime in the year 2016 by the Global Economic Crime Survey Report 2016. An escalating reliance on digital technology has rendered mankind a boon as well as bane.

Even though organizations, businesses and individuals, are reaping greater opportunities than before; Cyber threats continues to haunt them; perhaps at an intense level now. The fact is not hidden but unfortunately, cyber security remains overlooked.

Over the time, attacks by criminals, terrorists and overseas adversaries have become more and more sophisticated and thereby, difficult to tackle. If we take a look at some of the biggest cyber crimes and data breaches in the recent times, they made the news not due to degree of damage caused but because of the resourcefulness in the approach adopted.

Even after investing a sizeable budget for online security, not many organizations have managed to absorb a position where they are confident enough to define their systems fail-safe or protected from cyber attacks.

Cyber attacks for ill-will or monetary gains are generally termed as cyber crime; on the other hand, attacks for political interests are categorized as hacktivism or cyber terrorism.

Reputation damage is considered to be the most shattering impact of a cyber breach. The recent data breaches to organizations like Yahoo and Google have adversely affected their consumer base and brand image.

Organizations incur heavy losses relatively. Millions of people get affected at one go. In fact, one-third of the organizations have reported losses in excess of $100 million, the report said.

Operational systems are being increasingly and easily targeted as most of them are built around weaker protocols or fail to understand the digital footprint of their organizations. This is crucial towards correct and timely assessment of the risks.

The study revealed that mere 37% respondents, mostly from the financial services industry, have an active operational Incident Response Plan. Nearly 19% are not even aware of this plan, whereas 14% do not find a need to implement it in the coming years.

Only four out of ten companies stated that they have “trained personnel” to act as first respondents at the time of a cyber crisis. The situation is even alarming as 73% of them were IT Security Staff. A general lack of awareness and preparedness renders it the character of a ceaseless and dangerous threat.

Also, the very characteristics of cyberspace i.e. the low marginal cost of online activity, the extensive reach of the internet and the relative anonymity of users, have lowered the costs of trespassing by eliminating certain barriers to enter and reduced the probability of getting caught.

The responses in turn, for example, the use of novel authorization and surveillance regimes to deter undesirable activity, raised concerns regarding issues relating to civil liberties, privacy, collective security and individual freedom. Hence it is not getting the exposure that it should.

However, some other features of cyberspace itself provide new opportunities to tackle these breaches. Use of VPNs and private search engines are some of the practices that can be easily incorporated in our day to day working.

Development and enforcement of effective laws, national security policies and measures, is the need of the hour to efficiently deal with emerging cyber threats.

Big organizations and even small businesses need to adopt a responsible and proactive stance towards cyber security by defining a relaxed budget and strict security guidelines from time to time. 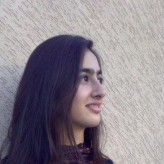 Peggy is an accomplished learner. Business and technology are her favorite subjects. After spending good 7 years into writing and blogging, she is now trying her hand at digital marketing. Of course, Content is her fort but ‘How to make the content saleable?’ is what she is trying to be good at. She believes ‘Skilled marketers wouldn’t have been selling still, if they knew it all’  Peggy can be reached at – [email protected]