Are Your Mobile Messaging Apps Really That Secured?

Are Your Mobile Messaging Apps Really That Secured?

Today, several millions of mobile phone users’ use various messaging apps from millions of app developers across the globe without necessarily knowing the level of security guaranteed. On this note, several security concerns over the use of mobile messaging apps have been raised. These concerns include; if messages sent through these apps are encrypted such that not one service provider can read users’ messages? If any security is provided for all communications between users especially in situations where users’ keys are misplaced, or stolen, thus guarantying privacy even in situations of comprises? If the security designs of these apps are properly and well documented? The most neglected yet most relevant question is, whether the developed apps’ code is open for reviews and audit by other developers or individuals?

These messaging apps are the bane of our society, especially seeing that our world is troubled because of illegal scrutiny on the part of individuals, corporate bodies and governments. Thus, innovative generations of messaging apps that guaranty somewhat of utmost security have come to the rescue in order to always ensure and maintain user privacy.

Research conducted by one of worlds’ renowned organizations known as Amnesty International branded WhatsApp, an instant message platform owned by Facebook a mobile app development company as one of the most secured messaging apps. This is so because the app development company ensured that security was of utmost consideration. Other apps considered to be secured are iMessage, FaceTime, and Telegram. Other messaging platforms like Blackberry Messenger, Skype and Snapchat were slammed for jeopardizing users’ privacy.

So why is the level of security of mobile messaging apps really an interesting matter? It is because almost all of our personal information can be compromised in situations of security breach. Considering the Snowden’s Wikileak exposure, the universe has become totally unsafe as security over personal data and identity could be easily exposed, thus endangering our lives and privacy. Therefore, the level of security provided by these app developers should be users’ major concerns especially because our world has become that of instant messages where people would rather text than call.

So what really happens why we use these apps? It is simple; we store, share and transmit very large amount of data, which when security is not guaranteed, there is every possibility of risk of exposure to unwholesome government intrusion and unending cyber-attack leading to identify theft etc. therefore be sure that whatever mobile messaging app that is been used cannot be easily breached.

Today, the most rampant practice amongst by top app development companies such as android App Development and iPhone App Development is the encryption of all messages and communication performed using these apps. Doing this protects users and prevents hackers from gaining access to personal devices and to an extent eliminates intrusive government surveillances.

Encryption ensures and maintains utmost privacy, because it guarantees that messages sent or communications between users are only seen between such users. So, phone users should always go for messaging apps that guarantees end-to-end encryption especially as numbers of messaging apps are daily on the increase. However, the more they are the more the security and privacy concerns increases. Hence, the question of which set of developers can save the day on this issue. The truth is, Indian app developers have impacted so much on this, therefore it is arguable that they could come to the rescue with other app developers if need be. 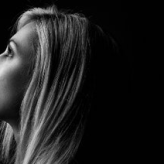 Melissa Crooks is Content Writer who writes for Hyperlink Infosystem, a mobile app development company that holds the best team of skilled and expert Indian app developers. She is a versatile tech writer and loves exploring latest technology trends, entrepreneur and startup column.

Previous ArticleInstagram’s Buy Buttons – Should You Use them Or Not?
Next ArticleDiminishing Operational Expenses Through Available Technology Resources
THE Skinny
Socialnomics Trends December 5, 2021