Snapchat, a very popular social media photography app, first started out as an idea. One college student had the idea of creating an app that would erase a photo soon after sending it to someone. The idea was taken seriously by another student and, soon after, three students had put their heads together to come up with an app that would do this. Of course, a problem that many people had – sending a photo to someone and not wanting them to store the picture (so others can see it too). The app first launched in July 2011, but its original name was not Snapchat. Upon the initial launch, the app was called Picaboo. The only function of the app was to send photos and have them erased soon after the recipient opened it up. While it all started out as something very simple, the app soon grew in popularity, and millions of people begun to use it. When the owners of the app saw the potential of the mobile application, they decided to focus on growing the app and, today, Snapchat is worth billions of dollars.

Recent Developments Of The Snapchat App

At first launch, Snapchat (or Picaboo, as it was called then) was a very basic app. The user was able to take a photo and send it to someone. When a recipient receives a picture, they were able to view it for a couple of seconds, and it would then completely disappear. Since the launch of Snapchat, we’ve seen a lot of advancements in the way the app works, as well as interface redesigns that allow users to navigate the app more conveniently. Before we consider how influencers and marketers can use Snapchat this year to increase their potential and reach, let’s first look at some of the significant developments that were made by the founders of the app in the last few years.

Since this milestone, Snapchat has reached millions of more users, and quite a large number of businesses (and large brands) have taken an interest in using the app. The owner of Facebook made an offer to buy Snapchat soon after this development, but the founders of Snapchat refused the offer as they saw a lot of potential in the app.

Today, Snapchat includes a lot of useful features that not only makes it convenient for regular users to share their pictures, videos, and stories but also helps companies evolve in this ever changing world. The app now features snap replays, filters, temperature filters, timestamps, speed overlays, text conversations, video chat, stories, a discovery mode and much more. While these features are mainly tailored to the regular user’s needs, marketers and social influencers can also benefit by just using their imagination to come up with techniques that allow them to use the features to the advantage of their business.

Snapchat As A Marketing Tool

While Snapchat was originally developed for the purpose of sending a photo without giving the recipient the ability to store it on their phone, it is now used by millions of people to promote products, services and other elements related to their businesses. To understand how Snapchat can be utilized as a marketing tool this year, let’s look at some of the best features the app offer businesses, marketers and influencers.

Snapchat Ads are probably one of the most useful tools for using the app as a marketing tool. Any person who promotes a product or service (individuals and businesses) can utilize the Snapchat Ads platform to advertise on the platform. Recently, this platform received two new updates that enhance its functionality and added additional features that make it easier to reach a particular audience. These two features are known as deep-linking and auto-filling. The deep-linking feature added a new feature to Snapchat Ads where the user can swipe about to find out more about the advertisement. The auto-filling feature has been designed to help marketers collect leads – forms can be added to ads, and they can be automatically populated with essential data of the particular user.

With the recent announcement of the new spectacles by the mother company of Snapchat, marketers have also noticed that a new opportunity has arrived. These new Spectacles were released in 2016 and feature built-in video cameras. The user puts the Spectacles, in the form of stylish sunglasses, on and only start to record. The video displays everything they see. Giving marketers an excellent opportunity to produce POV (Point-Of-View) videos, especially when unboxing products during a review.

Other Ways To Utilize Snapchat As A Marketing Tool

While the advertisement platform and the new spectacles are excellent ways to use Snapchat for business, the app has many more features that can be used to promote products and services – many of which are completely free. Marketers can use Snapchat to send daily updates to their fans – almost like a mailing list, but in a more interactive way. They can also use Snapchat stories to provide details about how their brand is growing and even send some funny snaps to their followers to keep them entertained (and coming back for more).

Facebook and Twitter were always thought of as the best social networks to be on, especially for business. Then came Pinterest, Google Plus, and Instagram. Now, Snapchat is taking the world by storm with all the new developments that are made – especially the new features that allows businesses to promote themselves. Taking advantage of this social app is essential in 2017 – no matter who you are. Corporate companies, sports brands, and even small-time marketers have been able to utilize the app to bring in more leads and sales. 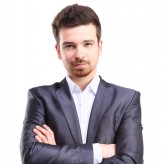 Vivian Michaels is a huge tech enthusiast, who likes to write articles on evolving technology and internet marketing. He is a Computer Science graduate from East Stroudsburg University, Pennsylvania, and since then has been following this technology industry very keenly.