The Internet has grown. Devices have evolved in size, shape, and performance. Cyber security threats have also strengthened along with them.

If you thought your business can survive with previous edition anti-virus software and firewall systems, you are in for grave danger.

Unlike in the previous past, when hacking was primarily done for cyber vandalism and money, today it is being done for causing business paralysis, loss of reputation and black market selling. Not to miss mentioning that hackers are as good as professionals in developing websites that look identical to original ones which customers fall easy prey to.

How the focus of cyber attacks have changed

Until 2010, when the Internet and social networking were accessible only to a chosen few, the primary target of hackers were large scale enterprises who used the Internet for wireless transactions.

Today, with mobile increased mobile proliferation and digital wallet economy, literally anyone is susceptible to cyber attacks. According to a study by Small Business Trends, 43% of cyber attacks are targeted at small businesses. What is more disturbing is that there has been a dramatic increase in the number of attacks since 2011.

Are businesses aware of the potential danger?

Not all of them. On an average, it takes a business anywhere from one day to few weeks to recognize that they are under cyber attack.

How to strengthen security in times of mounting e-security concerns?

Protecting an eCommerce store from cyber attacks is definitely a challenging proposition. However, the burden can be lightened with few standard practices that large, small and sprouting enterprises practice with discipline. Some of which are described as under:

The eCommerce platform on which you build your online store has a key role to play in the overall security and sturdiness of the website. As a matter of fact, making the right choice of a platform is the first of many steps to building and sustaining an eCommerce store.

You can make a pick from the many options like WooCommerce, Magento, Drupal, PrestaShop and many others to base your eCommerce store on. The best eCommerce platform come with PCI compliance. PCI compliance ensures basic level security required to run an online store.

Similarly, make a note to run the latest version of the platform, lest the old versions could have loose ends through which hackers can penetrate.

These are mere hints which prove the necessity of SSL certificates. In a way, it is appropriate to say that 2017 is the year of encryption. Many tech giants like Microsoft, Mozilla, WordPress are ushering the web towards a more secure environment that is insulated by SSL certificates.

The bottom line is, your eCommerce store also needs an SSL certificate to enjoy its benefits and to suppress the risks of cyber security attacks.

Two-factor authentication adds an extra layer of security to your access credentials by providing the user (i.e, you) with a token or OTP as is referred to as. The OTP is sent only to a single recipient, the registered user, other than whom nobody else has access to the user account.

How does Two Factor Authentication work?

Two-factor authentication will ensure that your customers’ private records are never compromised easily. Their involvement is required at every stage of the login or order processing.

#4 Use VPN for financial transactions

Every credit card and Internet banking transaction is carried out through networks. Now when such sensitive information is carried through public networks, the risk of eavesdropping or information-stealing is extremely high.

Especially, given the tech prowess of today’s hackers, it is a task easily done. It is here that a Virtual Private Network can make a difference. A VPN is an encrypted connection which will prevent third parties from accessing your information as it is. Even if they manage to get their hands on the data, it will be in a gibberish form far from comprehension.

Thus a VPN is a great option if your store wants to safely transfer all the customer payments and receipts without any risk.

According to Softpedia.com, at least 51% of US adults have suffered some kind of cyber security incident until December 2016. eCommerce stores have to gear up to secure their stores to keep customers safe while browsing and shopping on their websites.

These strategies are devised to make that happen. They strengthen security, put the lid on gaps through which hackers can penetrate and ensure that your eCommerce store is literally a digital fortress.

eCommerce can be quite tricky to handle. But, don’t let that down your fences, lest, hackers will make hay with your precious information and leave your business distraught. 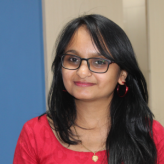 Kunjal Panchal is a former SEO Analyst turned digital marketing consultant with an exposure of more than a decade in Internet marketing industry. She specializes in targeted traffic, conversions and lead generation. She uses her laser-focused knowledge to help start-ups and SMBs achieve online success by being more digital-focused. She has shared her inputs on high-end publications like Search Engine Journal, Entrepreneur and many more.

Previous Article7 Ways to Build Customer Trust & Reputation with Social Media
Next ArticleMobile Apps Can Give Your Business a Digital Transformation
THE Skinny
Socialnomics Trends December 5, 2021