Just How Much Is Too Much Sharing On The Internet?

With the rise of social media, our information is much more readily available than it was before. But when is it too much?

The internet can be both a blessing and a curse. Information is at our fingertips and we now find out news within seconds of it happening thanks to trending topics on social medias such as Twitter and Facebook. But there is a fine line between sharing just enough and just too much – but where is that line?

Its drilled into us to make ourselves as accessible as possible, especially for things such as jobs as it is inevitable your name will be typed into a search engine for a potential employer to find out more. We’re told to be as honest and as open as possible on dating websites (such as loveaholics for example) as nobody wants to hear lies but then how open and how honest do we have to be?

There are so many reasons why sharing just that little bit too much can cause more problems than they’re worth and its a shame that such a great resource can cause such problems. But what potential problems could arise?

It is very important to be honest on your resume about your achievements but what if your social media profiles let you down? By keeping your profiles locked down as much as possible to friends only or just by simply avoiding posting anything you wouldn’t want your grandparents seeing, you can be reassured that a potential employer won’t be put off by what they may find.

It Could Cause Family Problems

The idea of what constitutes as sharing too much differs from person to person but sometimes sharing too much of your personal life can cause problems in your family life too. Certain issues are often considered as family only but it isn’t uncommon to see people sharing that information freely over their social media – airing their dirty washing, so to speak – and other family members or close friends not liking that fact – and why would they?

Whilst most families discuss together which family issues can be mentioned on the internet, you will often see people discussing things that you know their family won’t be happy about – whether it’s the death of a family member before certain members of the family have been informed online, sharing a child’s birth before the parents get a chance to do so – there are so many problems that can arise from sharing your family’s personal information on your social media profiles without their express permission.

You Could Run Into Legal Issues

Sharing too much about your personal life can not only cause you to lose that job offer – or maybe even horrify your Gran – but there is also the potential for there to be massive legal issues too. We all get frustrated from time to time and like to vent – but sometimes we vent that frustration at someone publically on the internet and occasionally that person isn’t actually in the wrong at all. Whilst it is unlikely, that person is well within their rights to bring legal proceedings against you for defaming their name in such a way.

Defamation isn’t the only legal issue that could come into play by sharing that little bit too much on the internet. Personal issues like divorces or custody battles can have a whole new playing field opened up if the opposite side finds evidence of something they do not agree with. It may seem like a great idea to talk about that wild night out on your social media but it may come back to bite you badly in the future.

Not Checking Your Sources

With social media being as fast moving as it is, it can be extremely difficult to check the sources of information before the information is considered old news. This is why hoaxes gather ground so quickly – people are so quick to get the news out and forget to check whether it is actually true or not. Whilst it can be quite unlikely, spreading such false information can be considered an offence and could lead to charges being brought against you. How many times have you seen someone’s name trending on Twitter or Facebook and immediately feared the worst – and the tweets just gather ground from there. Things like this happen a lot, not just in regards to celebrity deaths, and can range in severity too – sharing information without checking if it is correct can sometimes have more severe consequences than we like to think about – surely this is the time when sharing becomes that little bit too much?

Why do we share so much? Is it fear of missing out and just trying to keep up with the times? Or do we just not know how to filter ourselves when it comes to sharing that information with the world wide web? 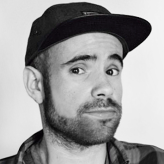 Alex Reddle – online dating specialist, chief editor of Flirt.com Blog. Got his Psychological degree at Kent State University. Well-versed in subjects of interpersonal relationships, love, finding a partner. Studies human behavior and ways of communication. Alex has been featured at such resources as Romper, TheList, Bustle, Insider, Urban Dater, Socialeconomics, Brit+Co and many others. https://www.flirt.com/blog/alex-reddle-author-flirt-blog/

Previous ArticleProtect Your Privacy on LinkedIn
Next ArticleGPS in a Bottle
THE Skinny
Socialnomics Trends October 1, 2022