Every year, thousands of new websites are launched. Many of these are centered around the functionality and instant communication capacity that social media sites, like Facebook, have created. The unbelievable number of social sites launched each year is the reason you’ll find articles like “91 Leading Social Networks Worldwide” in your Google search results.

How can start-up effectively manage their Social Media presence?

The results really change based on the demographics that a business is trying to reach. For start-ups, ROI is the most critical aspect of the advertising efforts. The budget just isn’t there to provide for expensive ad-campaigns. The better the value, the better the fit a medium is for SMB’s.

Social media provides a massive ROI, primarily because of the potential value in shares, retweets and likes. If handled properly, a single social media post can be seen and shared by millions. And, hopefully, those millions of viewers will have actively engaged with the message because they’re your target audience.

If social media represents an incredible opportunity, what tools are there to help SMB’s keep up with all of the posts and engagement they’re fighting to create?

Agora pulse is an affordable solution for SMB’s that want to become the next social media rock star in their industry. Engagement is critical for social media campaigns to be successful. When a social media user message or mentions your brand on different platforms, a quick response can mean the difference between a serious win, and a lonely, missed opportunity.

Your fans get inspired when they hear about the things impacting your industry. If they’re willing to discuss these things with you, or at least while mentioning your brand, it’s time to focus all of your real-time effort on the conversation unfolding.

Agora pulse makes it easy to post, share and engage by giving users a unified inbox for all of the social media mentions and messages. Their free trial (which does not require a credit card) makes it easy for wary, untested social media warriors to try it out and see if it’s a good fit for their campaign.

Trust me, it’s worth considering. I can’t tell you the number of times it’s saved me from accidentally ignoring a new, or suddenly active fan. Engaging with your fan base (especially when it’s tiny and growing), is like pouring Miracle Grow on your vegetable garden. Great things happen.

Hootsuite is a powerful social media management tool that allows users to easily see all of the social media streams in a single screen. I like to call it “Mission Control”, because it provides an easy-to-digest overview of all of your current social media posts, comments and engagements. It is extremely easy to see what is gaining traction, and what isn’t. This is an extremely powerful tool for power-users looking to better analyze how different strategies are working on different platforms.

It’s important, as a small business owner, to understand that social media isn’t a single language. Every platform has subtle nuances that will immediately tell a heavy user whether your brand is hip, or out of the loop on how the game is played in the 21st century. Hootsuite brings everything together in one place, and lets you see what approaches work best in each platform.

The one pain-point, for me, is there’s a real lack of screen real-estate. Even on a 22-inch monitor, I find it difficult to cram more than four or 5 social media feeds into one view. Hootsuite has a scroll-bar and a robust tab structure to help manage this, but it requires some getting used to.

TweetDeck is the official marketing tool from Twitter (after their acquisition of the original TweetDeck software in 2011). The leading feature is the fact that it’s 100 percent free, and officially supported by the fifth-most popular social media network in the US.

If there’s anything we’ve learned from Donald Trump, it’s the fact that Twitter is a force to be reckoned with. And TweetDeck’s online platform gives power users the ability to access the tool from virtually any tablet, smartphone or computer.

As a social media warrior, it’s your job to stay on top of the trending subjects that are impacting your business, the industry and the broader market. TweetDeck makes it easy to manage multiple feeds by giving users the ability to check-off tweets that have already been read. Instead of plowing through a complete feed, the tweets that haven’t been read are highlighted for quick consumption.

This is a great feature for busy executives, or sole-proprietors that want to try and do everything themselves. And, if you finally decided to let a member of your team take over some of the more mundane aspects of engaging with your market on Twitter, it’s easy to give other individuals permission to do specific tasks. The permission system is great for giving other individuals access to do what they need, without opening your firm up to unnecessary liability.

Social Media is Evolving; You Need a Toolbox to Keep Up with the Competition

The face of your industry is changing and growing by the minute. With each tweet, post and share, your customers are having a conversation. These conversations need to lead for sales with your company, or else the competition will eat up the market-share you’ve worked hard to grab.

I like to refer to content marketing as “value marketing”. Information is power, and your ability to share the information your team possesses in a helpful way (i.e. social media) is one of the best way to increase revenue and brand loyalty.

The three tools mentioned above, along with the other considerations I’ve discussed will help your startup get the social media attention your brand deserves! 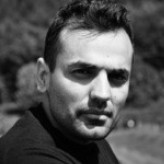 Husband, Success Coach, Business Development Consultant, Strategist, Blogger, Traveller, Motivational Writer & Speaker. I have the propensity for written expression, piling one word on top of another until a coherent thought emerges. My favorite subjects are business, politics, religion, technology, lifestyle and history. Also writes about personal experiences on financentric and weekly contributes at hulkuscc. Follow me on Twitter.