Back in October of 2015, a deadline fluttered by in the world of credit card payments. Anyone who accepts credit cards was supposed to upgrade their point of sale (POS) system from a swipe station to one that accepts cards equipped with EMV chips. Fail to make the change, and liability for fraud was offloaded from the credit card companies to the retailers–in theory, a powerful incentive, considering the more than $16 billion in annual losses due to such fraud.

EMV chips are the technology featured in the rest of the developed world, and the standard in credit card transactions. The old magnetic strip systems are outdated, vulnerable, and make America for the softest target in the world for fraudsters–which is why more than half of all credit card fraud has moved to the U.S.

If you’ve bought anything in the months since, you likely know that the October 1st deadline didn’t really land: overwhelmingly, retailers are still depending on magnetic strips over the new, more fraud-resistant EMV chips. Many did get upgraded card readers, but have not yet gone through the certification process to actually use them–so swiping remains the norm.

But even as retailers queue up to get their new chip readers online, there is a growing movement to transition away from card-based POS transactions entirely, in favor of a newer, rapidly evolving form of payment: mobile.

Though still relatively new (especially compared to EMV technology), mobile pay is already a big business, thanks in part to the ubiquity of mobile phones: more than 25 percent of the world’s population has a smartphone, while in the U.S. that jumps up to nearly 70 percent. And everyone knows that “smartphones” and “social media” go hand in hand; integrating a mobile payment system delivers a social and user-friendly lifeline to transactions. It is little wonder that consumers are ready to adopt.

Mastercard–literally the “M” in EMV–found that social media conversations were overwhelmingly (at 97 percent) preoccupied with digital wallets: things like Google Wallet and Apple Pay. As the leading mobile operating system developers, Google’s and Apple’s programs are the primary digital payment apps employ to turn smartphones into part-time wallets.

As a result, retailer support for mobile-based payment technologies is gaining ground–most remarkably, among the small business sector. While a few giants of retail have invested heavily in EMV so as to avoid lagging behind the security/liability curve, it is the little guy who may be leading POS systems into the future.

This is thanks in part to the small business sector’s relationship with payment platforms like Square, which provided a way for retailers to turn mobile devices like iPads or smartphones into POS systems by adding an app and a compatible card-swiper. Trading out these plug-in devices for one that integrates NFC (Near Frequency Communication) and/or EMV capabilities put small businesses on the leading edge without having to sit through burdensome certification delays.

More than that, though, mobile-friendly NFC programs are actually faster than EMV transactions, without compromising on security. These features alone would seem to make mobile payments a shoo-in to take over before EMV even begins to saturate the market.

As marketing media flows across devices, having POS systems centered around mobility can enable retailers to leverage check-out to get consumers to opt-in to their custom messages.

The future of marketing is both personal and mobile; it makes sense that payment would follow the same trajectory. Small businesses have a greater capacity for intimacy and personalization than large, anonymous systems.

Just look at the self-checkout system at a major grocery store, compared to a neighborhood bar at which checkout entails passing around an iPad. While the former is all about moving money, the mobile system may let you email receipts, provide feedback about your experience, let the business know what brought you in, and generally engage in more ways than one.

Mobile is also the focus of the next wave of advancements in security: biometrics. The recent, highly public hacking of Facebook creator Mark Zuckerberg’s own social media accounts would seem to herald the end of password-based authorization.

Just as consumers are clamoring for more security in their transactions, they are ready to adopt biometric authorization that uses fingerprints, facial recognition, retinal scans, or any other combination of next-gen security systems that don’t require them to remember a thousand different passwords.

When phones come equipped with the latest in security systems built-in, having payment systems rely on mobile makes more sense than EMVs as an anti-fraud measure. Taking all the other advantages of mobile on top of this, the future of POS is clearly (and literally) in the hands of consumers, not credit card companies. 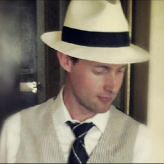 Edgar Wilson is an Oregon native writing on trends in health, education, and global affairs. He studied conflict resolution and international relations and has worked in industries ranging from international marketing to broadcast journalism. He is currently working as an independent analytical consultant.