Foolproof Ways To Get Influencers Engage with You

Honestly, influencers are becoming a bit of an overtapped resource. People are so obsessed with connecting with them that it is hard to wriggle your way in. Just attempting to can annoy them, and ruin your chances at a good working relationship for the future.

In the past the simplest way to get your content shared by an influencer was just to attract their attention. Once you were on their radar it became easy to ask them for promotion. You would reciprocate by doing the same on your site, and if your site had enough traffic they would be all over the chance.

Now there is such a crowd around these people thanks to social media that it can be hard to even be seen. Much less to convince them to share your stuff with their followers. The game has changed.

A recent case study by Mediakix of Daniel Wellington showed how influencer marketing was a key component behind growing a $15,000 startup into a multi-million dollar super company in less than five years.

GroupHigh did a study for the Harlem Globetrotters, which used their outreach services. They used influencers to create an overall network. By the end they had a group of more than 300 influential blogs writing on their behalf, and all of them were new relationships. You can imagine the impact this had on their brand and visibility online.

Foolproof Tip #1 – Have Your Employees Help You

Keeping employees happy, engaged and motivated should be one of your biggest interests as an employer. Take your cue from billionaires like Richard Branson, Mark Zuckerberg and Larry Page and consider creating a positive work environment an essential element in achieving your business goals.

Your team members are stakeholders in your business and if you encourage them to publicly endorse your company, you’ll have many more voices to spread positive social media sentiment and attract influencers’ attention.

Foolproof Tip #2 – Rely On The Strength Of Your Brand

Sometimes the only thing you need is the power of your brand. If you are a tiny site just starting out, you aren’t going to be able to get influencer support. Even if your content is absolutely, undeniably amazing. The one exception is if your piece goes viral, at which point you may be able to squeeze in some shares by default.

However, if your brand is already making some headway, you have a much better chance. Leverage your popularity, audience, Google ranking and authority. Influencers will recognize it (or Google it) and see that you are for real.

For those who haven’t reached those levels yet, don’t worry. Once you grow you will be able to engage in influencer marketing. Just give it a bit of time, and use it for a later strategy. Maybe begin placing yourself in their radar as you grow, without asking them for anything in return (comment on blog posts, engage on social media, ect)

Of course if you are sharing their content, especially regularly and with a large following, they are going to notice. Backlinks from your blog will come up on their data, and on any mention alerts they may have set up to monitor their reputation. And then there is social media, especially Twitter.

You are trying to get an influencer to share your content. So you already know how important those shares tend to be. They are looking at it the same way, and if you are regularly sharing their posts, tweets, or anything else, they are going to pay attention.

Guest posts are a fantastic way to build authority and get featured on other sites across the web. Not to mention reach a new audience that could be brought back to your site through your byline. Everyone tends to win in these partnerships, and I am a big promoter of guest posting as a solid marketing tactic that never gets old.

You can also offer to write for influencer blogs. Most are going to be happy to accept free content if you can show that it is well written, relevant, and likely to bring about traffic.

Most importantly, this is a way to establish a relationship with the blogger in question. Once you know them better, getting them to share your content will be a breeze. Plus you are able to somewhat piggyback on their authority, while offering them something in return so it isn’t a one sided arrangement.

Foolproof Tip #5 – Show Off As An Influencer Yourself

What attracted influencers? Other influencers! Just like anyone else, they are looking for connections that benefit them. You can show them that you have something special to offer by showing off your achievements that you have established in your own rights.

Connections with other influencers also kind of rubs off on you. So if you have already made some connections, you can often leverage that relationship to form others. It makes you a connecting point between them, and adds value to your working relationship.

Foolproof Tip #6 – Make Them a Part Of Your Site Content

Invite those influencers to provide quotes and testimonials to feature them on your site in expert interviews and roundups. Once it is published, send a link to that influencer. Since they were in it, they will almost certainly share it.

You can also ask for a collaboration, but you have to have a really solid pitch. Some communities are better suited for this than others. YouTube, for instance, is chock full of collaborations between video creators, big and small. Blog posts can be a bit harder to strike a deal on, but not impossible. 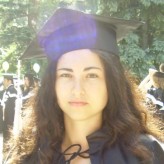 Jessy Troy is the editor, social media enthusiast and DIY junkie maintaining several blogs and earning her living online. She is currently a managing editor at Social Media Sun.