Automation is a handy tool for entrepreneurs who are looking to lessen the burden of social media marketing. In the competitive world, every business is trying to gather a strong online foothold and staying ahead of the 8-ball is what works well for the owners. However, with the growing workload it isn’t always possible to inculcate manual strategies — at least for jobs which can be mechanized. Automation fits in perfectly with the several online platforms including Twitter— allowing us to be omnipresent over the same. Usually a convenient approach, Automation eases out the marketing strategy by fulfilling the stipulated quota of company-centric posts. Most importantly, with this option in place— owners need not worry about the topic which needs to be talked about.

That said, even with the most innovative bit of automation around, we still crave for the human touch. According to me, automation should be an important part of your holistic online strategy and not the strategy itself. Businesses should know that auto-pilot mode isn’t forever and works well for certain periods only. Here I enumerate the prospective pitfalls associated with automation and the strategies to negate them:

When it comes to social engagement, it’s all about the personality. Automation is known to offer the most correct things which automatically reduce the interactive quotient— as with the humans. There won’t be any typos or minor grammatical errors which render a humane touch to the marketing strategy. Lot of automated tweets convey a negative sentiment— propagating a robotic appearance. Moreover, on Twitter it is the spontaneity that matters, and tweeting at leisure isn’t the best way to gather followers and traction. Automated tweets are prewritten and made to appear at certain times for establishing connection. However, intelligent followers will surely understand the blandness of tweets which are bound to appear forceful and scheduled.

Solution: If you are planning to automate the tweets, try it out sparingly. Some sections can be mechanized but if you are looking to generate higher levels of user-engagement— real-time tweeting is imperative as everybody on social media wants to see the real you.

Automated tweets are mostly scheduled and this can get tricky at times— depending upon the trending topics for the given hour. Suppose you have scheduled something for seamless social engagement that is waiting to appear. This strategy will only work well if the world hasn’t seen any major event within the given period of time. For example, a news about the efficacy and popularity of Showbox APK wouldn’t fit in on Twitter if the trending topics are about ISIS bombings.

Solution: Deferring automated tweets in case of a global upheaval should be a safer approach. That said, one must be cognizant of global affairs as in the world of cultural connectivity and unprecedented awareness— poor timing does make you look insensitive.

Automated tweets save you the efforts of tweeting in real-time and do help towards popularizing the brand— even at the oblivious hours. Admittedly, things can get awry and it is a matter of time that a brand specific tweet will show up, inappropriately. In that case, draft a follow up tweet— in sync with the trending topic. A small tip would be to indulge in quality conversations over Twitter, every now and then.

Suppose an automated tweet gets a response— be it an intimation about a broken link or a simple congratulation. Naturally, you won’t be able to reply to the same as it is a program posting on your behalf. Automated responses are trained to tweet and not reply. Moreover, a new tweet will be generated after sometime and the reader will be left to wonder as why his/ her comment wasn’t responded to.

Solution: Readers understand that even owners cannot be online every single time. Whenever you are free to tweet, reply to the comments as attending them with a delay is actually better than skipping them altogether.

Many companies offer handy customer services, via Twitter where they respond to the grievances in a timely manner. However, automating the process is a new trend and comes with several potholes. We all know that social platforms are usually full of impatient people who want quick redressal to their problems. Automated tweets aren’t capable of achieving the same and the company is deemed unprofessional for offering delayed customer services over a live platform. Then why use automated tweets!

The answer is to offer an impression of constant online visibility. This might bring in momentary customer engagement but if the responses are delayed— businesses do face a lot of wrath.

Solution: Predefine the time period when you will be available for answering customer queries.

Social platforms aren’t a bed of roses and you are bound to face criticism from the haters. Moreover, you cannot allow these comments to float around for long, unattended and unaddressed as it will certainly harm the online reputation of the organization.

Solution: Automated tweets aren’t capable of reverting back unless a specific program is designed for the same. However, one can always come back online and initiate damage control. Most people are usually forgiving towards businesses which apologize for inconvenience and even delayed responses.

#6: Automated DMs and Follow-Backs are Detrimental

There are techniques via Twitter Recipes which allow owners to automate follow-backs, DMs and even favoriting. That said, the concept of automation lacks discretion and you might accidentally put up something embarrassing to the nature of work. Moreover, Twitter has a few restrictions on the number of accounts to follow and you wouldn’t want to waste them on spammy users.

Solution: Act in a manner that speaks volumes about your online personality. Unfollow uninspiring users and adopt an ambivalent approach towards automated DMs. Even if you are sending a few— look to be discrete and precise.

Automation isn’t all yielding and does come with statutory warnings. Busy users and startups are best served by these strategies as scheduling saves a lot of time. However, this is only a program with targeted specifics and cannot achieve everything on your behalf.

Automation can never be an alternative to user engagement over the social platform as it is only a momentary solution, lest you are busy enough for a given period of time. In the end, it all pans down to your true, online personality. 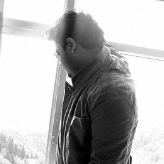