Whether you use social media for business or personal reasons, there’s a good chance that you are on social networking sites a fair amount of the time.

As the popularity of social media has increased in recent years, so too has the technology in making the social experience as smooth as possible.

With that in mind, have you stopped to think about how the Cloud has had a significant impact on how you and millions of others use social media? If not, you’re missing out on a plethora of information.

The Cloud is still a mystery to many people, but its impact on the Internet world is not to be dismissed.

Soaring to Greater Heights with the Cloud

In taking a look at the relationship between social networks and Cloud computing, it is no surprise that the former has had to partner with the latter, using the Cloud as a huge storage server for multimedia content.

Stop and think for a moment as to what are some of the most popular portions of social media. If you said videos and images, you hit the nail on the head.

Whether it is a YouTube video or a short Instagram video, along with photos from Instagram or Pinterest, imagery in various forms has a major presence on social networking sites. In the end, individuals and businesses for that matter have the ability to access loads of data via the Cloud.

Secondly, think of all the businesses around the world using social media that are tied-in to Cloud storage.

More and more brands are turning to social media in order to promote their products and/or services, deal with consumer questions and concerns, and ultimately advertise for new hires (see more below).

Where you can best utilize social media and all the data you’ve got stored in the Cloud includes:

Another item to keep in mind is that Cloud computing increases the size and leverage of any social media platform, allowing for integrated analytics and a better user experience.

Speaking of analytics, having such information at your front doorstep when using social media permits you to determine what to share with viewers of social media, along with when best to post. The bottom line is offering users social media content that keeps them wanting to come back for more.

Still another bonus of having Cloud services and social media working together is the former allows social networking folks to analyze their social footprints, giving them a better idea of what their traffic is and when it is at its highs and lows.

Social Media Does Come with Some Risks

While there are many positives which can come out of companies using social media, there is also the danger of it being misused by workers, something that can get companies in hot water with the public and/or other businesses, along with potentially leading to an employee’s dismissal.

As a result, it is important for businesses to know what exactly is being stored in the Cloud so as not to open up the possibilities of a lawsuit.

Businesses also need to define in clear terms what is and is not allowed when employees use social media on company servers.

Your workers should not be using social sites while representing your brand to maliciously attack others (fellow employees, competitors, etc.), as you could find yourself embroiled in a lawsuit.

If that happens, your business and its image could be a little cloudy. 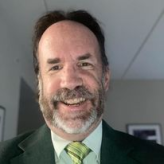