With big data recruiting on the rise, social media is playing more of a role in the hiring process than ever before. Industry leaders like Google, Facebook, Amazon and more are leading the charge towards a high-tech recruiting process, and social media is a big part of that strategy.

Social media recruiting is still a relatively new game, and some companies play it better than others. These 5 companies have used social media successfully to identify and hire top talent faster. Follow their lead, and stay on top of the latest trends in recruiting and hiring!

It only makes sense that the company that revolutionized social media should be at the forefront of social media recruiting. With their highly innovative and successful recruiting initiative “Join the Flock,” Twitter effectively consolidated the lines of contact between serious, highly skilled job seekers and overworked headhunters. The @JoinTheFlockTwitter account has more than 406,000 followers, and tweets everything from open positions to recruiting events to positive posts from current Twitter employees.

Disney isn’t only the place where dreams come true – it’s also a champion of social media recruiting. The Walt Disney Company has a dedicated Twitter account (with more than 91,000 followers) for careers. The account posts descriptive job openings that make great use of hashtags (an example? “We’re on the lookout for an innovative #Marketing & Creative #Producer. Apply here! #disneyjobs”). It also posts tips for job seekers and recruiters, and links to Disney’s more robust careers page. The account even gives job seekers an inside look at famous Disney employees and today’s Disney culture.

Capital One made its hiring campaign unique by using it to encourage other companies to improve their hiring processes as well. The initiative, called “Hiring 500,000 Heroes,” is also spearheaded by the U.S. Chamber Foundation and is designed to encourage companies to hire more veterans and military spouses. Capital One, which plans to hire at least 500,000 veterans of its own accord by the end of 2014, earned a ton of great PR and social media attention for the campaign.

Zappos, the online shoe retailer, is well-known for its innovative recruiting strategies. Zappos exchanged conventional online job postings for their Inside Zappos page, designed to help applicants learn about Zappos’ culture and choose the area of the company that’s the right fit for them. The Inside Zappos page, along with Zappos’ robust social media accounts, gives potential candidates a more meaningful glimpse into what it would be like to work at Zappos’, and helps them find where they would fit in best.

Software company Atlassian is well known for its hiring initiatives, having gained notoriety for not one, but two different campaigns. The “Steal Your Geeks” and “The Atlassian 32” campaigns had different goals – the first attempted to recruit software developers from Europe, while the second tried to hire 32 engineers using nothing but social media. In both campaigns, Atlassian got rid of traditional recruiting methods and put 100% of their efforts into social media – and they increased their number of job applicants by more than 300%. Not only did the company tap into groups of passive job seekers that would otherwise go completely unnoticed, but it also branded itself as a tech-savvy company where young, fresh talent would love to work.

Social media recruiting isn’t just the future of human resources – it’s very much the present. If you’re looking to attract the youngest, freshest and best talent, you need to start recruiting on social media today.

Do you use social media to recruit? What companies do you think do it best? 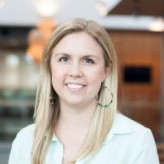 Previous ArticleInfographic: How to Build your Own Instagram Empire
Next ArticleHow Instagram Took Over Thailand
THE Skinny
Socialnomics Trends October 1, 2022