Believe it or not, police are now using social media as a way to gather evidence and solve crimes, from examining photos to getting the word out about missing children.

In fact, a survey conducted by LexisNexis Risk Solutions found that of the 1,221 officers surveyed, 80 percent have used social media to solve crimes. Most of these officials say that Facebook is the best source of information. Check out these few ways that officials have solved crimes due to social media posts.

Not only did he have photos of himself displaying gang signs, but he updated his statuses by bragging about earlier criminal behavior and by threatening others. Ronnie Tienda Jr. is just another example. He was convicted of gang-related murder in a 2008 Texas case based on his MySpace photos and updates.

Not only do officials use social media to gather evidence on suspect behavior, but they use it to find who their suspects are. As with the Boston bombing during the 2013 Boston Marathon, police officials used pictures and videos from witnesses’ social media profiles to help identify the bombers.

Of course, in most cases as sensitive as this one, speed was a huge factor of our law enforcement’s success. It is no doubt that when a case that needs the utmost care but also fast results comes up, officials need fiber optic speeds, or dependable, high speed DSL Internet.

When police are tracking down a gang, social media plays a huge role in identifying who is involved in the gang activity. In Cincinnati, police arrested 71 people in 2008 by using social media to determine the members of the gang.

The officials of Cincinnati collaborated with the University of Cincinnati’s Institute of Crime Science to create detailed databanks using not just police records, but information obtained from social media. This detailed report helped the police establish links between different suspects.

While gaining access to criminals’ posts and photos may sound easy for law officials to do, they can’t get direct social media information without a warrant. While this is a rare method of gaining access, they have had success, such as in a 2006 case where Darrin Anderson was sentenced to 12 years in prison after creating a fake Facebook profile to chat with minors and engage in sexual conduct with them.

There are ways to get around the warrant, however. For one, people who are friends with criminals on social media sites can give police access to their account so that officials can see what the criminal shares with their friends publicly, as in the case with Melvin Colon. However, police also create fake profiles and friend the suspect themselves to gain access to this information. While this is against most social media guidelines, it’s not illegal and is a method that has helped solve various crimes.

Police solve crimes with social media in many other ways, such as by using the sites as a world-wide wanted poster. Read about these stories and learn more about how officials solve crime at at CNN.

Gain more insight into the benefits of social media use from top Keynote Speaker! 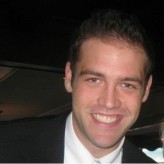