It is quite common for Twitter andFacebook to get lumped together with nearly 25 other sites into a single category – social media. While there are definite similarities between the networks, there are far more differences.

When writing and sharing content, we must consider the audience of each platform. Knowing whom we are writing for will influence the word choice, formatting, and posting schedule.

By simply taking the same information and sharing it across a variety of social networks, the message will likely fall flat. Instead, customize your writing style for each target audience.

Social media is at the center of everyone’s online life. Whether writing for business or pleasure, let’s take a look at the differences between Facebook and Twitter.

By the end of 2012, 21% of the global internet population used Twitter on a regular basis. Each month, 288 million people sign in at least once.

Alternately, Twitter has a much younger demographic. Nearly half of all users are under the age of 34 and only 30% are over 45.

When writing for the two different networks, it is important to take into consideration the age and size of the audience.

Twitter posts need to appeal to a younger crowd. Writing for Facebook should have a mature tone.

Some Facebook users don’t bother posting to Twitter because they feel the smaller audience doesn’t justify the effort. However, proponents of Twitter think size doesn’t matter. There are other benefits to posting on the social media superstar.

More importantly, most Facebook connections are founded in an offline relationship. This means users tend to have a stronger blond and greater degree of loyalty. Therefore, writing for Facebook usually has more influence.

While offline relationships are possible on Twitter, they aren’t as common. Therefore, the interactions on this social network tend to be less personal.

Twitter is used more as a listen exercise. Users listen in on what the target audience is discussing. That way, they can stay up-to-date on industry trends and give users what they want.

This social network is appealing to users because of the amazing search capabilities. Being able to segment content based on topic is a feature Facebook doesn’t offer. Twitter users take advantage of hashtags, trending topics, and saved searches.

It has been reported that nearly all the activity and engagements with Tweets happen within the first hour of posting. On the other hand, Facebook interactions can go on for hours or even days.

This means Facebook has a timeless quality about it. Posts are like an ongoing conversation – people will eventually get to it. When writing for Facebook, users should share information that will be just as relevant two or three weeks from now. Content writing doesn’t rely on time for effectiveness.

Meanwhile, Twitter users are worried about the here and now. They use the network for real-time communication. When writing for Twitter, share only the most pertinent, time sensitive information. Outdated news will be skipped – it was already covered by thousands of other people before you got around to it.

Because of Twitter’s real-time communication, it is important to post content several times per day. This helps reach as many users as possible because you have a better chance of posting while they are reading.

Facebook utilizes EdgeRank algorithm. This shows users the most relevant posts. EdgeRank determines relevancy by assessing the number of likes and comments a post receives. Therefore, to get seen by as many people as possible, you’ll need to post the most engaging, useful, relevant information for your target audience.

Does this mean you’ll need to spend a ton of time writing to meet the needs of your target audience? Not at all. Facebook users generally post one or two times per week. Twitter users post the same information several times per day. Neither strategy requires excessive writing – simply smart writing that is distributed at the optimal times.

Be aware of the character restriction when writing your Tweet. Make your Tweet easy toRe-Tweet. When adding the characters in your Twitter handle, the Re-Tweet still needs to be less than 140 characters. Therefore, your original post shouldn’t be more than 80 or 90 characters.

Also, be aware of your target audience’s primary interest. Try to include a keyword in your post that will appeal to them; then, turn the keyword into a hashtag to get even more followers.

Facebook doesn’t have a character restriction for posts. Take advantage of this. Play up your personal relationship with Facebook users. Write your post in a way that will build community. Try asking a question to get people talking.

Also, it is very important to consider the image in an article before linking to it on Facebook. A thumbnail of the article image will appear in the post. A good image makes the update stand out more. If your article doesn’t have an image, go back and add one.

Again, take your target audience into consideration when writing your update. Make sure your tone and focus match your audience.

While both Twitter and Facebook are found under the broad umbrella of social media, their uses and audiences are very different. Make sure you consider whom you are writing for before sharing content in either social network. 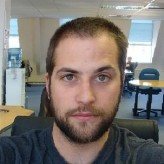 Previous Article10 of the Best iPhone Apps for Translating Languages
Next ArticleSocial Media: Best way to use Instagram for business promotion
THE Skinny
Socialnomics Trends December 5, 2021