The world witnessed a sensational court trial the last 36 days, only that this time around the action was more outside the court room than inside it. The Casey Anthony case is perhaps the most followed, discussed and debated trial in the history of the United States, only next to the O.J Simpson case (vs. The State Of California). Unlike previous trials, the interest of the social media and the massive outpour that followed the verdict made this unique. TIME magazine went on to describe the case as ‘The Social Media trial of the Century!”

On 5th July, Tuesday afternoon when the jury announced the not-guilty verdict, the euphoria reached new heights with an astounding 34,000 Tweets popping up in an hour and ‘notguilty’ appearing 20,000 times. It was not  just the attorneys’

arguments, witness testimony and evidence that drew interest, but they wanted to know about Anthony’s close, how she was acting, when she cried and other details – and they wanted them now. ”Social media is a high-efficiency gossip factory,” said Dan Gillmor, director of the Knight Center for Digital Media Entrepreneurship at Arizona State University.

Although O.J Simpson case had a broader coverage, it wasnt propelled by the social media explosion. Just after the verdict in Casey Anthony case was announced the “Net Usage Index for News” from Akamai showed that traffic to news sites surged from about 2 million page views a minute to 3.3 million, with most of the visits coming from the United States. Mashable reported that between 2 p.m. and 3 p.m., one million viewers were watching CNN.com/live, an astounding 30 times higher than the previous month’s average.

CNN logged 12 million page views during the same time frame and the story became CNN’s tenth most-popular video stream of all time. ABC News also saw traffic soar around the same time, with the number of visitors to the site increasing by five times the previous month’s average. Between the hours of 12 p.m. and 4 p.m., ABC says 1.2 million videos were watched on ABCNews.com, three times more than the average in the previous month.

There is also strong outpour of disbelief, frustration and disappointment over the verdict on the social network. CrimsonHexagon a social media analytics firm said there were 325,283 Twitter posts on Tuesday about the Casey Anthony trial—most from around the time of the verdict. There was an overwhelming agreement among Twitter users about the outcome.*

According to data from NM Incite, 64 percent of people on Twitter disagreed with the ”not guilty” verdict, while only 1% agreed (35% were neutral).**

In between all the drama , we hope that the soul of sweet little Caylee Anthony rests in peace. 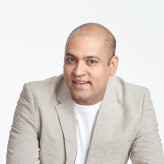