What You Need to Know About the Bitcoin Wallet

What You Need to Know About the Bitcoin Wallet

A digital currency is bitcoin (BTC). Bitcoins can’t exactly be held anywhere because they don’t exist in any measurable, significant sense. Private keys, which are then used to manage your public bitcoin address as well as transaction records, must always be safeguarded. A combination of the recipient’s public key, including your private key, is just what enables a Bitcoin transaction feasible. All the budding entrepreneurs and investors from the Miami business sector need to know about the bitcoin wallet.

Your wallet address (also known as a public key) is a specific string of numbers as well as letters that could be used to give you cryptocurrency and are used to validate transactions on the network. It’s similar to the IBAN or SWIFT CODE on your savings account in that it only used it as an identifier.

You direct the sender to something like a specific cryptographic address provided by the wallet and if you want to purchase cryptocurrency, whether you’re buying it on currency exchange or obtaining it as a gift or as profit. Your cryptocurrency is available on the wallet in the very same way that documents are on a USB drive. Still, the details on the wallet just refer to your cash’s existence on the blockchain, the public ledger which tracks and encrypts all crypto assets. Scanning a retailer’s unique code or sending a certain sum of crypto coins to a retailer’s public address are also easy ways to spend only with a wallet.

How Do Bitcoin Wallets Work?

Through strict adherence to the bitcoin protocol, bitcoin wallets make it possible to transmit and receive cryptocurrencies. These wallets are complex software programs that allow people with next to no tech expertise to connect with the bitcoin blockchain and transact value across international borders without any barriers.

Bitcoin isn’t available in a wallet like cash is. To get a little more scientific, all bitcoin exists on the blockchain, and you don’t really own all the bitcoin you’re holding. Rather, you own the key combination that enables users to access and transfer bitcoin.

Once you’ve securely stored your keys, the bitcoin you’ve purchased is secure. At a minimum, one private key or one public key comes with the wallets. In summary, the idea of a bitcoin wallet is a combination of the private key(s) with the public key(s).

Software wallets become, in principle, more user-friendly than hardware wallets, mostly because they don’t enable you to keep a record of a physical device’s location. Some application wallets have built-in exchange functionality, allowing the system to sell your cryptocurrency through the device or desktop platform.

Another benefit of using a software wallet is that it could be less expensive than using a hardware wallet. Several of the most widely used software wallets just charge transaction costs that are controlled by the cryptocurrency network you’re utilizing. Multiple transactions, however, will eat into your pocket, with average bitcoin fees reaching $30 during peak times. In Eric Dalius Miami guide for business and entrepreneurs, he also suggests going for a software wallet for all your Miami market bitcoin investments. 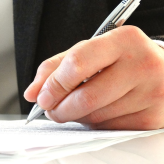 ericdalius.net, the entrepreneur and visionary The world is shaped by thoughts of advancement and innovation by expert entrepreneurs and business leaders. One famous name to know and read about is Eric Dalius, who has marketing experience for more than two decades.