If you’re like me, you watched with awe and anticipation SpaceX’s successful landing in Florida the other week. No doubt, this and many other examples of America’s successful space and air exploration will inspire more and more young people to take a keen interest in this emerging field.

But if you are one of those people who’d love to learn more about super exciting industry, where do you start?

Every industry has its lingo, especially a sophisticated, highly-regulated industry like aviation and aerospace. Aerospace has the added challenge of needing to establish an international lexicon—after all, almost every nation participates in the aerospace industry, if in no other way than providing air traffic control for inbound and outbound commercial flights.

Want to work in the aerospace industry? Here are ten aerospace terms you should definitely start familiarizing yourself with now!

An anemometer is an instrument that measures speed and pressure of wind, as well the directional vector of the wind (i.e. from what direction the wind is coming). Meteorologists use anemometers to detect weather patterns. Physicists also use them to study the movement of gases.

Aircraft designers suspend anemometers from beneath the aircraft in order to measure true airspeed—that is, the speed of the aircraft relative to the mass of the body of air in which it is suspended. Most of the anemometers used in aviation are two-dimensional ultrasonic anemometers, instead of the traditional cup-turbine anemometer.

AS9100 is the quality management system that applies to the manufacture of all components used in aviation. It is actually an aviation-specific version of ISO 9001, a more generic quality standard adopted and promulgated by the International Organization for Standardization. Working Group 11 of ISO TC20 adapted ISO 9001 in cooperation with the International Aerospace Quality Group (IAQG).

All organizations that manufacture parts to be used in either civil or military aviation must comply with AS9100 to verify adequate control of manufacturing processes. Dickson has more on the AS9100 standard here.

Air traffic control (ATC) is the service that directs aircraft through controlled airspace in order to facilitate efficient air traffic and prevent mid-air collisions. ATC is regulated by governments worldwide, for civil and sometimes defense purposes.

ATC is also facilitated worldwide by a lexicon of call signs recognized by ATC and licensed pilots, regardless of the location of the ATC tower or the jurisdiction of pilot licensure. This lexicon is maintained and promulgated by the International Civil Aviation Organization (ICAO).

Cabin pressure is the pressure of the air inside the structure of an aircraft. Above 10,000 feet of altitude, cabin pressure must be mechanically regulated to protect occupants from adverse effects from the low ambient air pressure, like hypoxia, decompression sickness, or barotrauma.

Cabin pressure is regulated by controlling the inflow and outflow of oxygenated air into the cabin. Conditioned air is pumped into the cabin, often bled off from the engine turbines at the compressor stage. Outflow vents allow air to be siphoned out of the aircraft and into the surrounding environment to maintain a stable, comfortable interior cabin pressure.

As an alternative to a CDA, an aircraft could descend in stages, creating a “stair-step” pattern from maximum altitude to the runway, receiving ATC permission for each descent. This is known as a “conventional approach.” CDA was developed as a maneuver to save fuel and reduce the noise pollution caused by aircraft operating in airspace over populated areas.

Controlled airspace refers to airspace that provides the services of air traffic control (ATC). These are usually high-traffic or secured airspaces, often near airports or over populated or secured areas.

DME actually includes the beacon and the onboard instruments. They are used to provide ground speed and time-to-station measurements. The distance calculation depends on measuring the tiny time interval it takes for the signal, traveling at the speed of light, to traverse the distance between the aircraft and the beacon.

A flight plan is an official document that can be filed with the local Air Navigation Service Provider (the FAA in the case of the US) to provide a record of the intended flight path and flying time. Flight plans may not be required for every private flight, but they are highly recommended, especially for flights over potential hazards like mountains or large bodies of water.

A missed approach refers to an approach where the pilot decides to abandon the plan to land and climb again. This could be due to a runway incursion, training maneuver, bad weather, or ATC instruction.

A missed approach may also be the solution if the landing gear touches down, but the pilot cannot slow to a complete stop safely. The pilot may exercise his/her prerogative to take off again and make another attempt at the approach.

Required navigation performance (RNP) is the ability of an aircraft to navigate accurately, including the ability to follow a curved arrival path. Today this is implemented with a satellite-assisted navigation system called Smart Tracking.

Aircraft also navigate with the help of Ground Based Augmentation Systems, like the satellite-assisted SmartPath, which assists an aircraft on its final approach.

Aerospace is a sophisticated, profitable industry with a lot of room to grow. Learning its specialized terminology is a crucial first step and a leg up to businesses that want to participate in that industry. 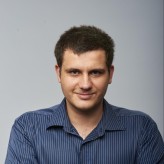