How Blockchain Will Modify Intercompany Transfers

How Blockchain Will Modify Intercompany Transfers

Intercompany transfer relates to the sales of products, technology, services, and workforce movement between the parent company and its subsidiaries. If you look at the figures, you will be amazed to see that they contribute 30-40 trillion dollars annually to the global economy. So it is not wrong to say that intercompany transfers will be the wealthiest nations in the world if they ever claim a country status.

Even after making such a considerable contribution, they suffer from incompatible systems. The large day-to-day transactions — including licensing of technology, the extension of credit, and performance of services — is done through multiple ERP systems. The records are not updated instantly but take weeks, if not months, to update.

Which Companies Will Benefit By Making Intercompany Transfers Healthy?

Intercompany transfers are essential to companies of all sizes. Be it a small manufacturer with a production unit in one country and who distributes through multiple vendors in a few countries. Or a large manufacturer that has numerous legal entities doing business in several countries.

In multinational organizations where intercompany transfers account for more than 30% of the external revenue, making systems healthy is a must. They require an intercompany policy that takes care of different business models, multiple ERP systems, and recent mergers and acquisitions.

What Are The Benefits of Improved Intercompany Transfers?

How can Blockchain Help?

As per the research by International Data Corporation, 45% of industry leaders will use Blockchain as the primary intercompany transaction management technology.

Blockchain is a distributed ledger that provides a single source database. It is a completely transparent way to share wealth and data. The significant advantage of Blockchain is that the database is immutable. Once data entry is done, the system’s members cannot change it. Blockchain was initially built as a public shareware, but seeing its utility, private blockchains soon came into existence. They provide the ability to share immutable data within your company’s digital ecosystem.

The notable advantage of Blockchains are transparency, traceability, and auditability. It creates a shared record and validates all transactions. If a member makes a small change anywhere, the system can trace him easily.

How Do Transactions Happen in Blockchain?

Each transaction generates a hash, which is a string of numbers and letters. Here, the order is crucial. If the order is not right, then the purpose of using a Blockchain gets defeated. It’s because the hash doesn’t depend only on the current transaction but on the previous transaction as well. A minute change in the transaction can completely modify the hash. The nodes (desktops, laptops, or servers) examine the hash to know whether there is a change in the transaction. If the majority of nodes conclude there is no manipulation in the transaction, then the hash is written on the block. The process continues until every block gets its hash, and then they combine to form the Blockchain. Since it operates on the Web Application and Distributed Ledger Technology (DLT), every node has a copy of the original sequence of blocks. A Blockchain updates itself every ten minutes.

How Can Blockchains Help in Intercompany Transfers?

The significant advantage of using Blockchains in intercompany transfers is the creation of smart contracts. These contracts are automatically generated according to the company policies and are enforceable on all parties. Smart contracts are smart because they can change as per the need. Consider the following example. The parent company and its logistics subsidiary make a deal, according to which, the latter will send four tonnes of steel by month-end. Now, suppose the supply chains are not in place due to a severe landslide, and there is no way the trucks can reach the parent company’s warehouse by the promised due date. According to the contract, the logistics company will be held responsible for the delay. The question is: Is this justified? Smart contracts play an essential role in such matters. They can transform the clauses of the agreement so that they aren’t unfair to any party.

A private Blockchain can easily integrate with your company’s legacy ERP system and improve your business processes. The integration process is relatively simple and does not hinder the daily transactions managed by your employees. It serves the interest of all the stakeholders and provides the information they need. It prepares audit and regulatory data reports and plans data summaries that are crucial for any business.

Blockchain technology will transform your business for good. It will make your existing systems agile and more data-oriented. It will maximize data security and act as a shield against data leakage and thefts. It will also provide identity verification and authentication that does not allow any third party to tamper business-critical data. If you implement Blockchain technology correctly into your ERP systems, you will see a positive impact on your costs, business processes, risks, and flow of information. 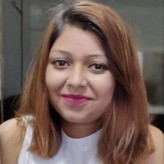