How to Protect Yourself From VIN Fraud

How to Protect Yourself From VIN Fraud

There are hundreds of VIN-related scams reported every year in the U.S. VIN stands for ‘vehicle identification number’. This number is a car’s ‘fingerprint’ and details its life, its use, and its misuse. VIN fraud typically shows up in the form of VIN cloning, VIN tampering, and VIN removal. Used vehicle buyers really need to guard against this type of fraud. You could easily get caught in the crosshairs if you’re found driving a car with this kind of scam attached to it. The worst thing to happen is to get charged with a felony when you’re completely innocent! Fortunately, there are ways to guard against such mishaps.

What Is VIN Fraud?

This is when a VIN is replaced or altered with the aim to mislead consumers or law enforcement. Often, the car is stolen and then sold to someone else. However, even used car salesmen have been found to commit this crime.

VIN fraud is especially problematic for those who buy cars from these fraudsters. For example, if you have a car loan and your car is confiscated, you will still have to pay any outstanding loans on it. You could also find yourself embroiled in accusations of things like unpaid parking fines and organized crime.

According to internet identity theft statistics, millions of people fall victim to VIN-fraud but have to clean up the mess, so to speak. Unfortunately, defending these claims can be a costly and time-consuming process. Understanding the different types of VIN fraud is one step towards guarding against it.

The Types of VIN Fraud

VIN cloning and VIN tampering are the 2 most common types of VIN fraud. Vehicle cloning has risen at a cost of more than $36 million in fraudulent car transactions! Let’s delve into the fraud types more closely:

VIN Cloning: This is where an entire VIN is removed from a legally registered vehicle and is then counterfeited to be used in a stolen car. Many times,  the stolen VIN numbers are from salvaged, totaled, or scrapped cars bought by the thieves at bargain prices.

The stolen VIN could be from a car in a different state, with a similar make and model as the stolen one. Fraudsters literally pry off the originally installed VIN plate from the stolen vehicle and replace it with the cloned one. The cloning is finalized in conjunction with other fake ownership documents.

VIN Tampering: This is where one or more of the VIN characters are altered. Fraudsters usually alter a VIN so that it’s impossible for law enforcement to verify or trace the vehicle.

There are also cases where the VIN is completely absent in the car. If you cannot find the VIN at all, that is a huge red flag. You won’t be able to register the car at all in such cases. So it is best you run away, and run fast!

It is a misdemeanor to deliberately alter, destroy, or deface vehicle identifiers without authorization by the relevant bodies. VIN fraudsters typically register the stolen vehicles anew and sell those to mostly unsuspecting victims.

This results in millions of dollars in losses to auto insurers, consumers, and other members of the public. The government has made some attempts to curb this illegal activity but crafty scammers find ways to keep up.

Protect Yourself From Becoming a Victim

Alright, that’s enough of the bad news. There are plenty of ways that you can protect yourself from VIN fraud. Here are some great tips:

At the end of the day, due diligence is crucial. As mentioned above, the car history report is actually one of the best tools in this regard. In addition, when you are doing your due diligence, report all suspicious activity or findings to the police. You can also report suspected cases of fraud to the National Insurance Crime Bureau and the Federal Trade Commission. By reporting these scams you also help to protect others from becoming victims. 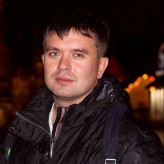 Ben is the Content Director for InfoTracer, who takes a wide view from the whole system. He authors guides on the entire security posture, both physical and cyber. Enjoys sharing the best practices and does it the right way!