What the Million Dollar Spending [Survey] Says About Global Markets

What the Million Dollar Spending Survey Says About Global Markets

What would you do if you received a $1M gift? It sounds like a silly question, and images of luxury cars and beach getaways are likely popping into your mind.

A recent global survey asked a 3K group of consumers in the US, UK, and mainland Europe what they would do if they were suddenly given $1M in their respective currency. The results from the survey were actually quite surprising and shine an interesting light on spending habits across global markets.

This information is highly beneficial because it can help businesses in all sorts of industries understand their customers’ habits, behaviors, and motivations. While they may not be dealing with customers who have million-dollar spending budgets, it is still important that they know what drives people to purchase and how they prefer to spend their money. This data can help companies then serve their ideal customers better and create an improved buyer’s experience.

Let’s dive into the details of what it all means.

Debt is a Huge Deal

Survey respondents in both the US and European Union stated that the first thing they would do with their $1M would be to pay off their debt. 25% of EU consumers and 38% of Americans felt this way, although only 11% of UK consumers had this as their top priority.

Since most demographics revealed that they would want to pay off their debts first thing if they got $1M, it shows that the majority of consumers are heavily conscious about their spending, and are most likely in large amounts of debt. According to a study from McKinsey, 90% of Americans have significantly reduced their spending due to piling debt. Furthermore, the majority of consumers reported that they would make the largest amounts of spending cuts in personal expenses including clothing, home items, and personal care products.

This is obviously a big deal to retailers. The majority of customers are still going to be driven to find the lowest price and best deal possible. Therefore, sellers must be aware of how they can market their items in a way that presents their product at a high value for the cost. Another interesting trend that many online retailers are making use of is a payment installment plan that allows shoppers to pay off amounts under $100 in installments, rather than one large payment. This makes it much easier for consumers to balance their budgets, and it may increase the number of larger orders since the entire amount is not due upfront.

This survey separated respondents into age categories to see how different age groups felt that their money would be best spent. It is interesting to note how the priorities shifted with each group. While the vast majority of respondents as a whole would buy a home with their money, it seems that younger buyers have a slightly different idea for their spending.

Most notably, respondents that fell into Generation Z and the Millennial generation are far more entrepreneurial-minded than any other age group. 12% of Gen Z and 9% of Millennials said that they would be willing to invest their $1M to make more millions by starting their own business. Other age groups had significantly smaller percentages, with a mere 9% combined.

This is just another sign that brands need to market differently to this younger generation. In addition to just being more active on social media sites, these generations are more mindful about their financial future and making smart investments. Businesses will need to adjust their marketing content and branding accordingly to reach this powerful younger consumer group.

As the international market gets even more connected with the growth of global e-commerce, retailers must pay close attention to the preferences of different countries. This survey alone shines a light on how a customer’s location and cultural upbringing can affect their spending habits and preferences.

For example, the consumers in the UK were far more likely to purchase a home and take a luxury vacation than other countries. American and other European consumers are still more driven to pay off their debts, but their next purchases would be a nice home as well.

McKinsey’s global survey report also found some interesting trends among various global markets. The United States spends far more on health products than any other country, whereas lower per capita GDP countries spend the majority of their earnings on food and non-alcoholic beverages.  As companies look to expand their reach to international customers, they must be aware of which markets are going to be most willing to buy their products, as well as which ones face the highest competition.

As what should come as no shock, knowing more about your customers’ priorities is the key to success. The more information that businesses have on spending behaviors, likings, and ultimate financial goals, the better they can serve their customers with the content and products they want to see.

This most recent global survey shows that while all countries share a similar dream (who doesn’t want $1M to go and spend?), we would use our money differently if we had the chance to do so. It would be a wise move for companies to take heed of this study and other global surveys to see how they can use this data to better serve their customers at home and abroad. 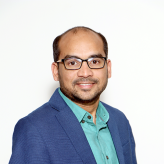 Manish Dudharejia is the President and Founder of E2M Solutions Inc, a San Diego Based Digital Agency that specializes in Website Design & Development and eCommerce SEO. With over 10 years of experience in the Technology and Digital Marketing industry, Manish is passionate about helping online businesses to take their branding to the next level.