Twitter is one of the most popular social media platforms in the world. However, the limelight no longer shines on it. In fact, Gen-X thinks that Instagram and Snapchat are way cooler than Facebook and Twitter today (Source). However, this does not change the fact it is extremely powerful in the hands of the right people.

Here are some Twitter marketing stats that support the fact that Twitter is still popular among business professionals.

Unlike Facebook, Instagram and Snapchat, Twitter is more powerful for the B2B segment than it is for the B2C segment. Millions of high-profile people check their Twitter feeds every day. The simple reason why Twitter is so popular for businesses is that people can ‘Follow’ other people on the platform. You don’t necessarily have to be friends with someone to see their posts regularly on your feed. In fact, most people use Twitter to follow their favorite brands, rockstars, as well as idols. Some of the most influential people of our era, such as Elon Musk, actively use Twitter.

One thing that does not rule out in favor of Twitter is that it has over 48M bots. This accounts for over 15% of the total Twitter traffic (Source). Bots can share junk content and repost old content again and again. This can fill up your feed with undesirable posts very quickly.

In recent news, Twitter bots were also used to spread misinformation. Some people claim that politicians and business-minded individuals have misused Twitter for personal gain.

Even though Twitter is not as popular as Instagram or Facebook, a lot of people still use it actively. Today, Twitter has over 336M active users (Source). A person who can utilize Twitter to its average potential can easily reach an audience that comprises of millions of people at a time. Therefore, Twitter is definitely a platform that one should check out to grow his/her business.

Several businesses use Twitter to have a heart-to-heart conversation with their target audience. Take Elon Musk, for example. Barring the recent fiascos, he has shown how a CEO of a multi-billion-dollar company can use Twitter to personalize marketing campaigns and listen to customers. Stats show that nearly 85% of large businesses think they need to have a dedicated Twitter page to interact with their direct audience (Source).

In recent social media marketing trends, the use of short videos and infographics is growing exponentially. On Twitter, the rate of video consumption has grown by 220% in the last 12 months (Source). More people are focused on getting the overall gist of the content rather than reading long 4-page articles on the same. The best marketers know that they can fit much more content into a short video clip rather than a small tweet with a 280-character limit.

Digital marketers know that they need to leverage the content they tweet in the most SEO-friendly way possible. Therefore, they redirect the audience to a short video clip on YouTube or Vimeo. Short content in the form of a tweet plus a link to a full-length article is the best way to advertise your product/service on LinkedIn. Several B2B organizations post an interesting fact along with the link to a full-length article to capture the attention of the audience. This also helps in link-building as well as increase the overall visitor count for the business’ website.

Twitter has several advanced search features that will help you connect with the right people in the world. A professional digital marketer can help leverage these features/filters in the right manner and increase your reach. The use of hashtags is one example of how people leverage existing trends in the most effective manner possible.

The best part about Twitter is that it has provisions for people who are not generating their original content too. You can easily retweet interesting articles and blogs to get attention from the right people.

Stats show that 36% of Twitter users belong to the 18 – 29 age group (Source). Therefore, it is extremely popular amongst millennials. On the other hand, it is not quite as popular for the Gen-X candidates. In fact, professional digital marketers suggest that one must leverage Instagram and Snapchat advertising to capture the attention of the Gen-X audience.

Twitter is the second best way to reach business professionals. The first spot is still acquired by LinkedIn.

Studies show that 42% of the total audience on Twitter accesses it daily through the application (Source). Therefore, developing mobile-friendly content for Twitter makes a lot of sense. Marketers should try and keep the overall length of their Tweets extremely short to gauge the attention of the audience.

Most Twitter users use the search feature on the platform more than the Tweet feature itself. Therefore, people use Twitter to look for content instead of posting original content. Twitter officials say that they receive hundreds of millions of new Tweets every month. On the other hand, it receives over 19B searches every month (Source). In fact, Twitter search beats Yahoo and Bing search as well!

Professional marketers and social media experts know how to leverage this search feature to its full potential with the use of hashtags and other popular SEO trends.

Stats show that over 74% of Twitter users check the news daily on the social media platform (Source). This stat works in favour of people who wish to use Twitter as a powerful tool to spread news. Digital marketers often leverage this knowledge to create content that revolves around the most trending news in the industry.

Over the past couple of years, the number of Twitter users who check news has increased so consistently that Twitter includes a dedicated new section via trending hashtags. Marketers can leverage these hashtags to share pertinent information quickly to people who are looking for news. Twitter is unconventionally fast since news on the platform can travel at a rapid pace. Twitter users can often get access to news that is not yet released via news channels of newspapers yet.

Twitter can easily open a global market for your business. It has already done so for several small and medium-sized businesses. Therefore, several marketers use Twitter to actively promote new content/products/services. Research suggests that 93% of people who follow a particular SMB on Twitter follow it regularly and purchase due to the constant influx of ads (Source).

This statistic is proof that the SMBs can actively promote the content and stay in touch with their direct customers/prospects via Twitter.

No. The exact prices of Twitter ads have not decreased. However, the cost per engagement that a tweet brings to the business has decreased by nearly 54% year on year (Source). Some of the world’s top digital marketers feel that Twitter and Facebook ads are highly underrated. Gary Vaynerchuk, one of the world’s leading digital marketing experts, says that people need to start leveraging these social media platforms more and more. He strongly believes that the price of advertisements on these platforms will increase exponentially in the next couple of years.

Marketing on Twitter is extremely specific and useful for professional marketers since they can easily leverage the best features quickly.

It goes without saying that Twitter is affecting the buying decisions in the B2C segment today. A specific study carried out by Twitter shows that people who watch particular videos of brands and products are more inclined towards the purchase of a product. The study was conducted on a car manufacturer. The report showed that nearly 25% of its direct sales happened because people’s decision was affected due to the videos that car manufacturer posted on Twitter (Source).

More than 96M hours of user-generated content was posted on Twitter in Q3 of 2017! It is safe to assume that live streaming is the next big thing.

These statistics are proof that more and more people should start leveraging Twitter for growing their business. If you do not know how to use social media to its full potential, you can hire a digital marketing expert in the market for a dirt cheap price to manage your portfolio today! 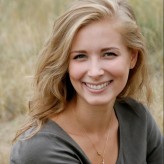 Hello, I am Amara Luis. I am a professional writer and an SEO expert in inbound marketing, content marketing, and lead generation. I write SEO articles for global business industries who want to see their Google search rankings on top. I love to write about the various digital marketing topics & trends, especially how internet marketing is affecting online market. All of my writing focuses on balancing informative with online marketing needs but never at the expense of providing a valuable read to users.