The Important Role of Psychology in Social Media Marketing

The Important Role of Psychology in Social Media Marketing

Since the controversial US 2016 presidential election, Facebook and Twitter have become the topic of countless news headlines and a few very serious investigations about how they may have been utilized for propaganda efforts. One of these investigations involves a data research firm managed by former military officers who specialized in psychological warfare operations, known as psyops.

An interesting aspect of the aforementioned psyops investigation is that many of the tactics allegedly used to spread propaganda and manipulate political sentiment are actually used by social media marketers and influencers on a daily basis.

When Sunday morning political pundits and BBC experts discuss the Cambridge Analytica scandal, which is centered on a shadowy data research firm and its reportedly underhanded use of Facebook psyops, they use terms such as self-schemata, impression management, ingratiation attempts, perception theory, cognitive associations, and others. These are all principles and concepts related to psychology. While psyops specialists use them for tactical purposes, YouTubers, Instagram celebrities and online marketers know them by different names and use them as part of their social media strategy.

It could be argued that Cambridge Analytica may have been better off hiring popular YouTubers instead of former psyops officers; however, the former would have drawn the line at pushing propaganda, while the latter are all too willing to take on such assignments. Nonetheless, there is something that YouTubers and psyops officers share: both know about the importance of applying psychological strategies to trigger emotional responses.

Balancing the Emotional with the Rational

The Ben Mezrich novel “The Accidental Billionaires,” which would later be adapted into the film “The Social Network,” describes the early stages of Facebook — a  motivator for young men who wanted to improve their odds at finding suitable dating partners.

By 2014, behavioral scientists were paying close attention to Facebook’s development into a destination where millions of people around the world flock to for psychological fulfillment; in other words, Facebook has been refined to tap into our psyche. Conversely, online marketers and social media celebrities apply other principles from the fields of psychology and neuroscience to achieve certain goals.

According to a 2016 research study conducted by ratings giant Nielsen, media tends to be 23 percent more effective when it strikes an emotional chord. We know from the Glasgow Institute of Neuroscience and Psychology that we can establish a baseline of human emotions that include:

Crafting messages and content that trigger one or more of the raw emotions listed above is the foundation of social media success; triggering more sophisticated emotions such as haunting feelings or playful disdain requires the use of rational concepts. Most marketing experts recommend crafting messages that are 75 percent rational and 25 percent emotional.

Celebrities such as Beyonce and Kim Kardashian are more adept at fostering relationships with their fans than their respective husbands, hip-hop artists Jay-Z and Kanye West. A glance at the social media empires forged by these two American women reveals consistent psychological strategies such as:

It should be noted that Kardashian and Beyonce are at very advanced levels of social media mastery. They have gone past the level of monetizing their Twitter accounts; when they address their followers on digital video these days, it is easy to see that they have come a long way since they embarked on their journeys to stardom.

The confidence and on-point delivery of messages we get from Beyonce and Kardashian suggest that they have adjusted their personal communication styles through neuro-linguistic programming, commonly known as NLP, which is more of a learned skill than a talent. As we become more attuned to social media platforms such as Instagram Stories, Facebook Live and Snapchat, NLP will likely play a more pronounced psychological role in terms of promotion and effective communications with followers.

Social media relationships are crucial for individuals and brands that wish to craft effective campaigns; to this effect, the rise of vertical video calls for NLP and other advanced psychological strategies to be applied in the near future. 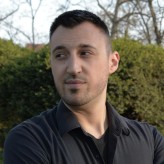 Previous ArticleElon Musk’s Efforts Boost Tesla’s Stock
Next ArticleThe Value of Your Cellphone Number: How to Keep It Safe?
Comments (0)