How Failure Can Bring Strength to a Business

How Failure Can Bring Strength to a Business

No one in life wants to feel like or be considered a failure. In fact, all too often we are so afraid of failing that we won’t even try at all. However, everyone fails. The trick is not to try to cover them up or hang our heads in shame. To learn from failure, use it as a building block for a better, more successful future – not only in our personal lives but also in business.

Failing at something not only makes you more resilient but also knowledgeable. Chances are that in your failure, you learned crucial lessons about what works and what doesn’t work for you and your business. Going forward in business having a better understanding of where you have gone wrong in the past, can set you up for success in the future. It’s also important to learn from other people’s failures. Study the industry you are in and the businesses which have come and gone, and try to understand where they went wrong. Did they try to grow too quickly? Did they hire the wrong people? Was there no place in the market for their product? Failure doesn’t have to be personal for you to learn from it.

When you are in a comfortable position in business it can be hard to push yourself to take risks and try new things. However, when things suddenly don’t go as planned and begin to fail, we are forced to adapt and make needed changes. We can’t always control how we fail, but we can change how we react and adapt. A key skill for any entrepreneur is being able to adapt as markets can be changeable and unforgiving. Properly adapting to failure will mean you are pushed into doing all those tasks you either avoided previously or didn’t even consider; tasks such as pitching to potential investors, negotiating future deals, creating new products and letting go underperforming staff.

Building a company from nothing takes a lot of self-belief, where you can see the odds of success stacked against you and yet you try anyway. Stats suggest half of all businesses fail in their first 5 years, yet many people believe enough in themselves to try anyway. Being well acquainted with failure already means that the likelihood of your business not working isn’t enough to prevent you from trying. You feel the fear and do it anyway.

Silicon Valley is famous for being the home of hugely successful tech companies, but it too has seen many failures; the Valley even has the mantra “Fail Fast, Fail Often” suggesting new companies should be constantly trying, failing and trying again as often as possible until finding success, instead of planning endlessly before trying. This kind of approach not only encourages facing the fear of failure and trying anyway but also values the strength that failure can bring. There is a lot to be gained for a business in failure, most notably in feedback – whether this is feedback from employees, customers, stakeholders or otherwise. When experiencing failure, ensure that you encourage feedback and learn from it.

Failure can be a great way to spot new opportunities in business and can shine a spotlight on potential success in the future. Examine what failed and ask yourself what could have been different and what didn’t work? Failure, like a necessity, can be the mother of all invention, forcing you to think outside the box and search for answers. There is always room for improvement in business, and failure can present the perfect opportunity to take a moment to stop and reflect and find what should be improved.

Failure is often thought of as defeat, but there is strength in failure along with introspection. Use failure as a learning curve, pick apart where you went wrong and what you could have done differently. Allow failure to highlight your weaknesses along with opportunities and act accordingly. Adapt to circumstances quickly and rationally. If you manage to do all of this you will be failing smartly and setting you and your business up for a more prosperous future. 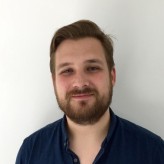 Chris Smith is an independent writer and blogger at Spend It Like Beckham. His blog mainly focuses on finance and sports, and he's had features about a variety of topics published on sites including the Huffington Post, GoDaddy, The Guardian and The Telegraph.

Previous ArticleHow to Boost Conversions by Combining Search & Social
Next ArticleInstagram’s IGTV: What It Means for Your Brand
THE Skinny
Socialnomics Trends December 5, 2021