Tim Ferriss is the go-to guy for anything related to life hacking, lifestyle design, working smarter rather than harder, writing a bestselling book, creating a #1 business podcast, optimizing our mental and physical health, and so much more.

Most people, however, know him as the guy who wrote The 4-Hour Workweek. But there’s much more to his philosophy, business, and personality. In this article, we’ve gathered some interesting facts you should know about Tim Ferriss that make him different from other hard-working entrepreneurs, successful personal brands and millionaires we hear about every day.

Tim Ferriss’ biggest hit that jumpstarted his career and helped him build his name was publishing The 4-Hour Workweek and making it a bestseller for over a decade.

He changed the lives of millions of people by sharing how he managed to leave the 9 to 5 job. He designed a wonderful lifestyle for himself by creating systems that earn money, free his time, delegate and outsource it all, and focus on high-value activities.

He taught people how to escape the office life, how to be part of the New Rich movement where money is merely a means to live an enjoyable life instead of the end goal, how to manage time wisely by eliminating distractions and interruptions, and finding focus.

10 years later, his legacy lives on. While technology and the Internet have evolved and many more opportunities are present today, all the principles of The 4-Hour Workweek are still valuable.

2. He recently rebranded his blog.

Whenever people wanted to read Tim Ferriss’ articles or listen to the Tim Ferriss Show, they visited thefourhourworkweek.com. Now, however, you’ll be redirected to tim.blog.

He did that for a reason. It was time to step away from being so closely related to The 4-Hour Workweek and allow his audience to pay attention to the many other things he was doing. So he preferred to concentrate on his personal brand and give exposure to all his side projects, the scope of which could reach and help even more people.

3. He left investing to focus on more meaningful things.

Tim Ferriss is an investor in startups like Uber, Facebook, Twitter, Alibaba, Shopify, Duolingo, and more. But because he’s being selective with his time and attention, he decided to stop adding new companies to his portfolio as an investor simply because it was becoming more of a distraction.

He refers to this as taking a long startup vacation. With that, he showed that it’s important to know when to leave something behind. It’s about valuing our time and knowing it’s limited, about saying ‘no’ to some activities, tasks, and projects so we can do a good job and enjoy the rest.

4. He likes to do deep thinking.

Tim Ferriss pays a lot of attention to his mental health. He’s developed a set of habits that help him relax, get to sleep, wake up, be ready for work or unleash his creative energy. His day starts with a morning routine and ends with an evening ritual, but he also does deep thinking pretty often.

That means he unplugs for a day once a week, every evening, or even for a few days at a time. Then, he brainstorms ideas for a new project, rethinks his life trajectory and values, takes big decisions, finds answers to deep questions, and comes back refreshed.

We all need moments like that to just pause, leave everything else and see what’s hidden deep within. Usually, we discover some pretty interesting things about ourselves, build momentum to try something new, set a big goal and plan the first steps, or even get over a traumatic event.

5. Tim Ferriss organizes every aspect of his life.

He uses a lot of different apps. He takes notes with Evernote, boosts productivity while working online with Noisli, learns new languages with Duolingo, meditates with Headspace, stays accountable when building a new habit with Coach.me, and so much more.

6. He spends money on experiences.

Tim Ferriss believes that whatever someone’s personality is, becoming a millionaire will only make him more of that. So it’s worth becoming your best version first before getting any richer. That’s exactly what he did and a net worth of $100 million hasn’t changed who he is.

He spends his money on experiences and new projects that give him meaning and pleasure and that help people rather than on material possessions.

7. His first business was a sports nutrition company.

He found BrainQuicken to help people build strong bodies and fast minds. He got tired of making $40,000/year working 12 hours a day so he decided to build something on his own.

He later made changes to the company and started targeting athletes. That’s when the business exploded and he began making $40,000/month.

Tim is a big fan of learning foreign languages and speaks 5 of them, while he’s been learning even more. Eventually, he got the hang of it and found easier ways to memorize and immerse into a new language without devoting hundreds of hours to studying it.

He shares all his hacks and ways to help the brain learn how to speak a foreign language faster over at his blog.

One of the things that made him successful and which keep him sharp is his desire to always learn more. Approaching any skill, opportunity, and venture in life with the mindset of a learner can help you make mistakes and find out what works. Most importantly, this allows talking to those who’ve already achieved what you’re after and listen to their advice.

One of his most successful projects is his podcast, The Tim Ferriss Show. But Tim also likes to listen to podcasts on anything related to self-improvement and business. He thinks it’s a great way to multitask and learn things directly from the source.

Tim Ferriss is an extraordinary person in the business world and we should all read his articles and books, and listen to his podcast where he interviews world-class performers and shares their best tips and practices. Now that you know these 10 facts about his life and personality, be inspired to take action upon one of your goals.

Take a look at Tim Ferriss‘ 7 Super Tips on our YouTube Channel here! 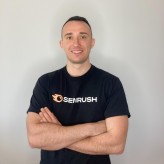 Georgi Todorov is a digital marketer. He recently started his blog DigitalNovas. His passion is to help startups grow and thrive in a competitive environment. Georgi is also a Marketing Consultant for TitanPub