Life in the big city just got easier as Uber announced it will partner with car and bike rental services in select areas. Now, when you need to get from point A to point B, you have the traditional option to hail an Uber driver or you can walk to a nearby vehicle and drive it yourself.

Let’s take a look at the details of this new offering – and what it could mean for user insurance needs.

Car Rental through Uber and Getaround

In April, Uber announced its new partnership with Getaround to allow users to rent vehicles nearby. This new feature for Uber will debut exclusively in the San Francisco area, which is home to both Uber and Getaround headquarters.

Unlike traditional rental services, Getaround uses a peer-to-peer car sharing business model. Hourly rates vary depending on the make and model of the car, and the company provides a wide range of selection and affordability, similar to Airbnb for cars.

Uber partnered with Getaround in 2017 as well, allowing contracted Uber drivers to rent cars for $5 per hour rather than use their own personal vehicles. This new agreement will expand that relationship, giving any qualified app user the ability to reserve a rental car as easily as they would hail an Uber.

How Insurance Works with Uber Rentals

With traditional Uber services, drivers are thoroughly covered, according to the company; the logistics of filing a claim on that insurance, however, are a bit stickier. Coverage depends on whether the app was on and where the driver was in the process of picking up or dropping off a passenger. The specific limits around those coverages may set drivers up for frustration if Uber’s insurance and their personal auto coverage can’t easily determine which will act as the primary insurer.

The new rental facet of Uber could create additional complications. As San Francisco will be the guinea pig for car rentals through Uber, locals might wonder how this impacts their insurance needs. Busy California roads are notorious for accidents, as evidenced by the fact that “fender-bender” was the most common car-trouble search term in California last year. As such, concerns about coverage shouldn’t be ignored.

Getaround’s website indicates that the company currently provides insurance for eligible renters up to $1 million in liability per rental, but it’s not yet clear whether Uber will provide additional coverage or stipulations as the intermediary.

So while renting a perfect stranger’s car for a few hours sounds pretty convenient, it could easily turn into a headache in the event of an accident.

Uber isn’t just embarking into uncharted territory in the auto industry either – the company also acquired electric-bike-rental company JUMP this year, exclusively for San Francisco residents for the time being. Jump bikes are affordable to rent, and they’re electric, making it easier to tackle hills and make good time on your commute.

It might seem like a stretch for a car-based company to invest in bikes, but Uber hopes this move will reinforce its goal to reduce emissions. As JUMP CEO Ryan Rzepecki states, “The goal for both JUMP and Uber is to connect more parts of the city and offer an affordable alternative to other modes of transportation.”

JUMP also combats the issue of “dockless bike litter” by providing a physical lock that can be fitted to existing lock structures throughout the city, making this company an attractive addition to Uber’s collection of services.

Uber has also recently partnered with public-transit-fare-collection company Masabi, and the two companies are working out a concrete plan to determine which areas services will be available in. If these businesses can work together with public transportation organizations, it could make it easier than ever for people to view transit schedules or book tickets in advance.

However, the question of insurance coverage comes up in this sector too. Will the companies provide coverage for losses or damages incurred through their services? What recourse will app users have to handle transit delays or other issues? The public needs clarity on these points before these new services see widespread adoption.

The Future of Ride Sharing and App-Based Transport Coordination

It’s especially imperative that Uber takes a proactive approach when addressing user safety in these new sectors, as the ride-sharing company has been plagued with bad brand representation due to its former CEO. Most recently, it has also made headlines due to the self-driving car accident that killed a pedestrian in Arizona, and self-driving cars that also caused the company some trouble in California back in 2016. Even Uber Eats, which has been relatively successful since its launch, has raised concerns over contractual obligations to restaurant owners.

Will Uber rentals pose similar problems from an insurance standpoint? This new venture could be convenient and profitable for users, but it could also result in millions of dollars spent on liability coverage. Uber maintains that one of its main goals as a company is to limit individual car ownership, but if everyone gave up their own cars (and thus car insurance) in favor of ridesharing options, insuring the masses would be a pretty lofty goal.

In this age of convenience, Uber is definitely heading in the right direction. The company promises the luxury of finding a ride, renting a bike, and potentially even purchasing train tickets all from one central app. But with so many complications around the insurance portion of these services, the company will need to up its game to communicate safety and coverage with its new initiatives. 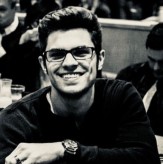 Parker O'Very is a business and tech enthusiast. He is analytical by nature, and loves opportunities to stretch his critical thinking.