Whether it’s old players modernizing their services or firms trying to facilitate money transfers through breakthrough technologies, there is always a specific group of game changers, execs, leaders, and specialists playing a role in the transformation of the payment industry.

Here are seven thought leaders that driven changes in the payment industry today. Head of Business, Mayur Patel, directs strategic partnerships at AliPay, the Chinese payment service that serves as an annex to AliExpress. His role is to encourage consumer and merchant adoption of the platform as well as managing partnerships with other payment services and banks.

Alipay is a behemoth and corners a large portion of the mobile wallet market in China. However, its expansion to other markets is crucial if they want to make their mark internationally. Thanks to a wealth of expertise, Patel is instrumental in the service gaining more recognition globally.

Shreyas Doshi is in charge of the project management at Stripe, a firm that works to facilitate mobile and online payments. He’s at the helm of many of the firm’s main applications such as Stripe Dashboard, Radar, and Connect, which allows him to push innovation in many sectors such as fraud protection and business management. He has also worked with Google, Yahoo, and Twitter providing him with more connections.

Stripe is at the forefront of the digital payment revolution and allows merchants to do everything from making payments to contractors to fraud protection. So much so that Stripe has become one of the main competitors to many legacy providers. What separates Stripe is its ability to combine old strategies with new technology, allowing all sorts of businesses to modernize their payment solutions minus the cost legacy providers usually charge.

Western Union, the world-renowned money transfer service, has tried for a long time to modernize its operations to meet new demands and reduce costs, and David Thompson is at the head of this movement. He has helped introduce a variety of APIs that were able to integrate the service to various messaging apps as well as a variety of new initiatives like WU connect.

Thompson was instrumental in allowing the firm to compete with its old legacy rivals as well as new disruptive forces in the market. Western Union remains the frontrunner in innovation in this space, and Thompson’s main goal is to maintain its position.

Max Levchin, who is also the co-founder of PayPal, has been present in the market for many years. His expertise with PayPal has pushed him to launch Affirm, which aims at revolutionizing credit access and scoring. It also facilitates point of sale financing and allows eligible vendors to access installment plans on a purchase.

But the reason why Affirm is so revolutionary is that it allows vendors to prove their creditworthiness through means other than the outdated credit score system, which often doesn’t show the full picture for new companies. This has been a common concern for many small businesses, so Levchin has tried to provide aid through its service.

Shiv Singh was at the head of many departments at Visa before he gained his current position. Now, he is the head of innovation for the company. Visa is another legacy company that must adapt to the times to avoid being outpaced by competitors. Singh has played an instrumental role in this transition.

He has started Visa’s Everywhere Initiative, which is a competition that pins startups together to find solutions to the various payment processing challenges small business face using Visa digital offerings and tools. They use the competition as a source of innovation and to upgrade their product offering to combat these challenges.

Dean Male is the GM of innovations at Next Payments, one of the most advanced payment companies based in Melbourne. Dean has been in the sales and marketing sector for over 25 years. Dean also has experience in telecommunication, the sporting industry and later has been involved in Next Payments.

Next Payments is revolutionizing the world of payments by offering advanced EFTPOS solutions, wristband payment technology, and cash recyclers. They are known in the world for their ability to innovate and deploy new strategies.

Ismail Ahmed was recently employed by the UN and its remittance programs to assist many companies in their battle against money laundering in many African countries. He also is the man behind WorldRemit, a remittance firm that specializes in digital first remittance. WorldRemit has been recognized as one of the biggest disruptors in the industry.

WorldRemit, which was founded in 2010, has a net worth of over $638 million dollars and is one of the leaders in its sector. He’s also changing the game by cutting the exorbitant charges that old legacy providers are charging. WorldRemit has been called “the most global” player in this field and continues to fuel new ideas and innovations.

All these leaders are transforming the payment industry every day. The future of global payments is unknown, but we can be confident that these players will impact its development. 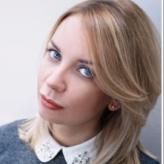 Elena Tahora is a writer, entrepreneur and a mother. She likes to share her knowledge with startups. Elena has an MBA and is really passionate about all things tech. When she is not on her desk at Next Payments, Elena enjoys playing squash with her colleagues and friends.