Should You Restrict Social Media Use at Work?

Should You Restrict Social Media Use at Work?

According to various studies, two-thirds of people use social media at work. This can be for a multitude of reasons, many of them “work-related” — researching, networking, learning, staying in touch with friends, making plans, or as a way to recharge. Most people are pretty self-aware that it can be a distraction — they may log in to quickly check on something, get distracted and before they know it, half an hour has gone by!

I have six employees. All of which use social media to varying degrees, and sometimes they’re looking at Twitter, Facebook, or Instagram during official work hours. I may walk past someone’s screen and think, “hmm… Facebook,” and I may notice someone on my team has been viewing company Instagram stories during work hours… and I don’t see it as a problem.

Why doesn’t it bother me?

Since I am the boss, shouldn’t it irritate me? Surely they must have work to do, deadlines to meet — aren’t they wasting company time?

It’s true, they have their work to do – they have responsibilities and deadlines, and they know what’s expected. If they end up not completing their work on time, they will be well aware that it’s because of not focusing enough — but the reality is that (according to Parkinson’s Law) people expand to fill the time they have.

Aside from that, I cannot manage my employees’ time to the minute, and nor do I want to.

Should you allow social media use at work? I say yes!

1) It can help. Employees should be encouraged to be a part of social media activity. They can ‘like’ posts published by the company on Facebook or Instagram, retweet company tweets, or share pictures to be used on company social channels. They can even write and publish blog posts to share on the website. In fact, by asking for specific help on these fronts, you can both empower your team and show where they’re needed — both signs of good leadership. All of this is helpful and means no one feels alone running the company social media – even if there is one main person responsible for it.

2) Do you really want to be that kind of boss? Social media is a part of life. It’s often how we relax and distract ourselves from our work tasks. Whether you agree or not, it’s not your job as a leader to preach to your team that social media can cause insecurity, distraction, and false validation. Rather, trust your team to know where to draw the line between social media’s ‘good’ and ‘evil’ sides. They will appreciate you for it.

3) It’s a part of how we connect. The contacts we know can often become clients, partners, or suppliers. Blocking your team from using social media means blocking them from talking to people who one day could be valuable contacts. Encourage them to use social media to reach out and bring some of their contacts closer to you if there is a potential collaborative fit.

4) Employees prefer to choose how they manage their time. Even if sometimes they are wasting time. There have been many studies that show that the more autonomy employees have, the more likely they are to stay in their jobs and the less likely they are to transfer positions or leave the company entirely. Autonomy has been linked to lower turnover, higher engagement and increased job satisfaction.

5) We encourage a communicative culture. I want my team to use social media channels as a way to keep on top of the latest developments in the world, share interesting content, keep in touch with friends and have regular interactions. Anyone who is totally not on social media will, by definition, be out of touch. And being out of touch doesn’t serve us — or our clients!

6) It’s still learning. We have all fallen into the social media rabbit hole; reply to someone’s message immediately, get distracted by a funny article, or check someone who marked themselves as safe during an incident. If you don’t’ allow it, you’ll miss out on something that’s actually important to know – like a technology release or legislation that affects your industry. And most of the time, people are subscribing/following people in the industry, so the information could be useful.

7) Their brains need a rest. A study by Pew Research Centre has said that the number one reason people use social media at work is not to procrastinate, but rather to take a mental break from work. And office work, for the most part, can be mentally taxing — we’re making an average 35,000 decisions a day!

The use of social media is rarely a problem and you want to show your team that you trust them. Employees thrive in workplaces where they are given freedom and autonomy. In workplaces where employees are more engaged, there is a visible increase in sales (20%) as well as a higher retention and productivity rate. Showing your employees that you trust them to manage their own time goes a long way.

Having that kind of open culture also demonstrates to your staff that you know they are adults who understand their role within the company and what they are accountable for. Rather than dictating how exactly people measure their time, be clear about what’s expected of them, including outputs and deadlines. They will appreciate being treated like responsible grown-ups. 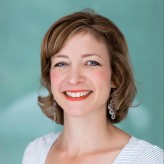 Keren Lerner is the CEO and founder of Top Left Design, a London based design and marketing agency. Founded in 2002, Top Left Design specialises in bespoke designed websites, brands, and marketing material with integrated marketing advice. Keren regularly speaks about design and digital marketing at seminars and workshops for industry organisations across different industries (property, HR, interior design, travel, food, film, finance, and law). She advises on social strategy and communication and trains businesses and teams on how to effectively market themselves online

Previous ArticleHow to Curate a Strong Brand Identity on Instagram
Next Article4 Signs Your Website Needs a Redesign
THE Skinny
Socialnomics Trends December 5, 2021