Recent Technological Advancements and How Countries are Reacting

Recent Technological Advancements and How Countries are Reacting

Living in the 21st century is like riding in a bullet train, because technological advancements are so fast and so rapid that it is almost unbelievable. Here’s a stat that will put things in perspective. Humans have developed more scientific technology, and have made more innovations during the 20 something years of the post-Internet era, than billions of years of the pre-Internet era. Things have certainly been sped up exponentially, and just like how the 20th century was a proverbial arms’ race, the 21st century is going to be a race of information and technology. So what are the recent technological advancements that have so eloquently captivated the global population? How will these innovations help the human race to live a better and safer life? And what are long-term implications of these advancements? If you are looking for answers to all these questions, we’ve got you covered.

The cure for paralysis

If you are a fan of the CW show, “The Arrow,” you must have seen the protagonist’s primary love interest, Felicity Smoak. Miss Smoak was riddled with bullets in a scene, which caused her to be paralyzed from the waist down. But somewhere down the road, her company developed a nano-implant to help her walk again, and walk again she does. You must be thinking that this is fictional and nothing of that sort happens in the real world. THINK AGAIN! Very recently, the faculty of Ecole Polytechnique Federale de Lausanne created a brain implant that attaches to a patient’s brain and works like artificial neurons firing. Although the developmental launch of this implant is around a decade away, imagine how good this news will be for thousands of people that suffer from paralysis every single year.

Genetics is a branch of Biology that is still a mystery for scientists. Be it hereditary diseases or other genetic complications, things have always been kind of clouded for scientists and doctors alike. Not anymore, as Gene Therapy is now fully functional and available after countless years of tireless efforts. Scientists and doctors have finally figured out the solution to the problems that were hindering the progress. Next step, is to look for the removal of other diseases like Cancer, Hepatitis and among others.

Be it Google, Apple, Microsoft, or even Facebook, all the tech giants in the world are working on the next big thing in the software industry. Artificial Intelligence. Even countries are plying their trade to develop the best, most efficient AI system in the world. The American AI development, the Chinese AI development, or even the ones that the Japanese are working on, will definitely add benefits to human kind. Google is working on their Google Now, Apple has Siri, Microsoft has Cortana, and Facebook is working on their AI algorithm; things certainly look bright on the Artificial Intelligence front.

The Internet of things

The Internet of Things (IoT) has been a favorite debatable topic for so many veterans of the technology industry, but as of right now, it is not just a TOPIC anymore, it is a reality. The fascinating idea of connecting every single piece of equipment in your entire home to a central operating system that works on enforced intelligence, is now not only a fantasy, but a reality. In IoT, every device in your house (i.e.windows, doors, washing machines, lights, ACs, even the thermostat) are controlled by a Centralized Operating Unit. Even your vehicles can be added to the system and you will never have to worry about parking your car in the garage ever again. 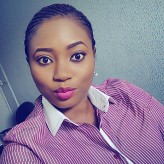