How to Establish and Grow your Mobile Game Development Business

How to Establish and Grow your Mobile Game Development Business

It doesn’t take research to know that mobile games are the highest earning app niche. There are more multi-billion starred gaming apps than any other category. But what most of us do not know is that the failed game apps outnumber the successful ones tremendously. So, anyone who finds the mobile game development business lucrative, should consider the proposition promising and risky.

A game goes viral for no apparent reason. Such complaints are often heard from developers who forget that development alone does not guarantee any success. As an app developer, you are likely curious about ways to become successful. Here are some precise steps to consider.

Not every game app that hits the marketplace are ambitious enough to become the next Pokemon Go. As many ardent game lovers are enthusiasts of game building, they often create fun-filled, smaller games. There are ready-to-build tools to use to build these games, but what’s created is usually short-lived. These games may serve their hobby but neither attract ardent game players nor deliver any business.

A few game developers like to build a game primarily for fun, but do not want to miss the opportunity to earn a few bucks with their game. These people suffer from a lack of focus on monetization.

Lastly, there are business developers focused on building games that continue to earn revenue. Obviously, these game developers produce blockbusters or successful games that we generally think of when referring to mobile games. Don’t assume that big budget development companies can only come up with such world-famous games. In the past, we have seen many small developer companies and startups do the same. It doesn’t always depend on budget.

Now that you have decided on your objective, choose the genre for your upcoming game. First of all, you should pick a category within the App or Play Store. There are 18 different categories for game apps in iOS, while Google Play has 23 of them.

If you don’t have a game concept already in mind or any kind of predetermination concerning this, it is ideal to go for categories that are least competitive and offer more scope to grab an audience’s attention. Identify a category for a particular platform that has the least amount of friction or the least number of apps.

To assess the real market size of a category, strike out all apps that are not used or are irrelevant. Only consider apps that are updated at least twice a year. The ratio referring to the competitiveness of a category will help you choose one category over another.

Now it’s time to target a market populated with your ideal audience and with the least amount of competition. Obviously, some markets have less competition, and for a new game, it is ideal to focus on those regions.

When you have a fair idea of the market you want to target, it is time to consider a monetization avenue. Certain games that need intense development and frequent updates, may incur more development costs. So when analyzing cost, do not stick to the prelaunch period. You have to keep the marketing cost top-of-mind.

At the initial stage, a premium price for a download is a severe turn-off for games. Making it free and planning revenue through in-app ads is the best option for many markets. A combination of free and premium versions, tagged as Freemium, ensures a steady flow of app revenue. Making an app free with few gated features and game assets is another way to appeal to a larger audience.

Finally, if you are a game app development company, then you already know user acquisition and marketing play crucial roles. To begin with, you need to have solid data about your game-playing audience, and after that, you need to put a marketing plan together to boost steady acquisition, player engagement and in-app conversion. Leave aside all other aspects and focus on the player acquisition in the following ways.

One important piece for your game development company is to achieve consistent growth to build several game apps across niches over a period of time. One game may not be a blockbuster, but with several quality game apps in the market, you can diversify your source of revenue and ensure consistent growth. 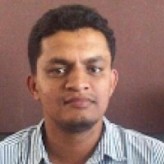 Previous ArticleSpace… The Final Frontier
Next ArticleHow to Use iOS Emojis on Android
THE Skinny
Socialnomics Trends December 5, 2021