The State of Global Economy: Is the Internet Destroying Middle-Class Jobs?

The State of Global Economy: Is the Internet Destroying Middle-Class Jobs?

In just two and a half decades, the Internet has managed to change the way we work, shop, consume and produce. Naturally, with so much influence, modern technologies can’t help but affect most of our existing models of government and business.

We are now steadily entering what some experts refer to as the Fourth Industrial Revolution – a new technological transformation driven by the World Wide Web – and while the Internet has done so much good for so many people, it still put others out of jobs.

The Rate of Technological Advancements

More than fifteen years ago, in his “The Law of Accelerating Returns ,” acclaimed author Ray Kurzweil argued that the rate of technological advancements increases exponentially over time. He also argued that the human race is not yet prepared for the effects of such a rapid progress.

And while the essay dealt with the concept of singularity – the point in time when machine intelligence surpasses human intelligence – Kurzweil was spot on about the exponential acceleration of tech advancements. At this point, the “robopocalypse” for middle-class worker might be unavoidable.

What about right now? If you’ve been unemployed, working just part-time or haven’t seen a decent raise in a while, should you really blame technology? Well, according to former executive Bill Davidow, you should, because the Internet has seemingly destroyed more jobs than it has created.

For instance, just take a look how Amazon managed to disrupt brick-and-mortar retail stores across the country just in the last decade-and-a-half. Moreover, while companies like Facebook and Google generate huge revenues, they employ far fewer people than industrial giants in the past did.

At their peak in the mid-70s, General Motors employed more than 600,000 people, which is about ten times more than the aforementioned Facebook and Google combined.

Furthermore, if you’ve ever, or at least know someone that has worked in automotive manufacturing, you’re probably aware that automation, robots and software can almost completely replace people. So let’s look at a couple of specific industries that may become obsolete very, very soon…

Industries Heavily Affected by the Internet

Things like Nook, Kindle and free PDF files have shown to be more convenient for modern consumers than regular old books. Simply put – these services have allowed people to access their favorite books for less money and take them wherever they want, without taking up too much space.

So if you want to bring books upon books on your next vacation, it’s easy to just download them within a few minutes. However, the company responsible for the death of brick-and-mortar bookstores – Amazon – might just be the one to save the bookstore industry.

The decline of travel agencies is quite understandable when you think about it, because who needs a travel agent when every single one of us has one in their phone. You can book flights through Orbitz, hotels through Booking.com and plan entire trips with Trip Advisor.

Agencies are quickly closing down and the number of travel agents has really declined in a mere few years. As of 2013, there are only 13,000 travel agents in the US, down from more than 34,000 just 20 years ago, according to CNN.

Cable television isn’t exactly popular anymore. As a matter of fact, it’s actually one of the least favorite industries in the US according to the Washington Post. So it’s no wonder people are canceling their subscriptions left and right. However, it’s happening quicker than most people expected.

According to recent eMarketer research, around 23% of adult populations in the country will cancel their cable subscriptions before the end of the decade. Cable TV will still exist, but streaming offerings will continue to steal viewers in the next few decades.

While in the beginning, Wikipedia didn’t have a great reputation for accuracy – since anyone could edit the entries – a recent study by a group of German researchers say the site is 99.5% accurate. That’s great news for us, but for people who write, edit and publish encyclopedias – not so much.

You could type basically anything into your search engine and chances are an entry from Wikipedia will be one of the first three results. The decline of the encyclopedia industry was best illustrated five years ago when Encyclopedia Britannica stopped publishing after almost two-and-a-half centuries.

Should You Be Afraid for Your Job?

The question now is – will today’s workers across most sectors be better off if the Internet hadn’t been invented? If we look at the unemployment rates, some things simply don’t add up. So let’s look at how the labor market has been doing for the last few years.

Back in April, the US added roughly 211,000 new jobs according to the latest Labor Department figures. And as CNN Money reports, the unemployment rate in the country dropped to 4.4%, which is the lowest rate since the Great Recession ended back in 2009.

And things aren’t looking good only in the United States but in the rest of the world as well. In Africa, where mobile broadband penetration increased by a staggering 40% just three years ago, many countries are seeing lower unemployment rates.

As a result, Kenya now has over 15 technology hubs that are providing platforms and job opportunities for the youth according to Lilian Nalwoga, the president of the Ugandan Internet society. He also noted that the Internet has dramatically reduced the costs of entrepreneurship through online courses, crowdsourcing, etc.

With the emergence of the freelance economy, even people in 3rd world countries now have opportunities to work for larger companies that were not available just ten years ago. But individuals aren’t the only ones who are benefiting, companies like SparesBox were able to adapt and thrive in the current business climate.

Frustrated with the lack of digital progress in the auto parts industry, company founders found a way to modernize the way of sourcing car parts and accessories, managing to become the largest auto parts online store in Australia.

Some people are still fascinated – and somewhat scared – by the idea that technology will steal their job in the next couple of years. However, you can rest assure that all of these recent reports have been… a bit exaggerated.

You have to look at the big picture, and thankfully, a recent study by the consultancy firm Deloitte managed to shed a new light on the relationship between jobs and the technological advancements, by examining census data going back as far as 1871.

As the Guardian reports, the empirical evidence from the study shows that technology managed to create more jobs than it destroyed in the last 140 years, and that we don’t even need to fear Artificial Intelligence, because despite Kurzweil’s predictions, the singularity is still nothing more than a concept.

The bottom line is this: the Internet – and technology as a whole – both create and destroy jobs. However, it provides free education, lowers the entrance bar for young entrepreneurs and continues to provide new and exciting opportunities for workers all across the world. 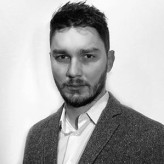 Nate is a business technology expert and an author associated with many online publications. He mostly covers latest trends that disrupt small business and startup marketing and management. Nate is also the editor at Bizzmarkblog.com.