Amazon Web Services has established itself as the cloud platform of choice for Java cloud apps in recent years. However, no matter how good the service, even Amazon’s cloud is vulnerable to an outage, as was the case along the east coast of the U.S. last year. Rare as it may be, such an occurrence will stop, deflect, or at the very least disrupt the running of Java cloud apps associated with it.

Netflix was the shining star in the Amazon S3 outage along the east coast, being the leading app in a list of very few which remained unaffected by the otherwise disruptive outage. Given that smaller enterprises may not always be able to match up to their investment for architecture and strategist, we look to other manners in which such disruptions can be averted. In this article, we will take a look at some of the common strategies employed to ensure that cloud apps continue running even in the case of a failure of Amazon’s cloud.

It is important to know exactly what infrastructure an application is using to run, and whether an application is dependent on others or existing as an independent forum. This is a process of continuous evaluation, whereby the developer puts the application through further and further levels of pruned infrastructure, to sense a breaking point and then build from it. It is also crucial to determine whether a third-party service is being used for data, because that leaves the app vulnerable to outage from minor fluctuations.

Check how Services Bounce Back

The system of iteratively breaking down the application infrastructure can also serve the purpose of pointing out how the application recovers from a point of failure. Even though it requires significant amounts of data storage capabilities, the safest option for the most critical applications is create direct copies of all relevant data in availability zones other than the one in which it operates, or even a different cloud service. However, this may not always be feasible owing to the requirement of significant investment and the high chances of leaving unused storage space.

In the worst case scenario, if the Java cloud app forcibly stops running owing to an AWS outage, one of the best practices is to allow for some functionality to exist so that the app can “die gracefully” as it were. This is easy to implement on most native mobile apps we have going around, because their data storage is local. Even on desktop apps, opting for such caching mechanisms will improve the reliability and overall performance of the application. As an effect, developers are pushed to strategize for apps in a manner that allows for data to be stored locally.

Thus we see how Java development India can be built equipped to deal with the outage of the cloud service. Investing in the right elements and then executing them as per strategy can go a long way in ensuring stability and reliability. Adopting these measures help you satisfactorily determine that your app continues running even when the cloud service does not. 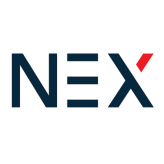 James Warner is an highly skilled and experienced software and mobile application system development manager at NexSoftsys. He has wide experience in IT industries to develop creative business system based on Java, .Net, Python, iOS, Magento and Android. His broad technology knowledge inspire him to face complicated projects. He is working with Healthcare industries, Telecommunications, Banking and finance IT sector to produce high security and user friendly business system.