Programming is something that pretty much everyone has been thinking of getting into lately. Not only is it a fun hobby to pick up, it’s something that can get you some serious bucks if you create a best-selling application or if you’re looking for a new job in programming. However, it can be pretty daunting to get started in programming without knowing which language to start learning. And you might even just be confused that there are multiple languages to code with!

If you are one of those people who doesn’t know much about programming or are pretty scared of getting started, then keep reading down below. We’re going to go through some of the easiest programming languages that beginners can use to get started in the big wide world of programming.

Now, you might confuse this first language with Java, another super popular programming language, but you definitely shouldn’t because they are very different. Javascript is a scripting language, which is very different from Java, which is a programming language. You’ll find that this is pretty easy language to learn, but it’s not going to be as easy as some of the other languages on this list. One of the best reasons why you would use Javascript is that it’s already on most browsers and it’s pretty easy to pick up! It easily crosses applications, devices, and browsers.

It’s one of the most fundamental parts of the World Wide Web, so this is definitely one that you’ve got to learn if you want to proficient in coding languages.

If you think of the world’s most common programming languages, then you had better think of Python right away. One of the biggest reasons for this is because it’s easier to communicate a complex set of actions through Python with fewer lines of code than other languages on this list. So, it’s a perfect for any of you who want a pretty easy start into programming. You can produce a lot of code in a pretty short period of time, so if you have a big project that needs to get done, then Python might be the best choice for you.

One of the best parts about Python is that it’s open source and free for absolutely anyone to use. So, if you’re just getting started with coding and don’t want to spend a lot of money, you can start coding with Python. And thanks to it being one of the most common languages, there are plenty of tutorials for you to learn from. There are even official tutorials provided by the program itself!

If you look at the types of companies who use Python, they include big names like Google, NASA, and Pinterest. So, it’s definitely one of the best languages that you can learn when you’re starting out with programming!

Mainly used in website development and the development of mobile applications for smartphones, Ruby is a dynamic and object-oriented programming language that’s perfect for beginners. It’s pretty much similar to Python, considering when it’s super easy to use and to read. Looking at what kinds of sites use Python, you can look at Twitter and Groupon as examples.

If you are looking for a job as a coder, then you have got to learn Ruby. Ruby is more in demand than ever as a programming language, so you’re in luck if this is the language you have chosen to learn. You can go to the Ruby website and there is a pretty simple start-up lesson, where you can start programming with Ruby right away! So, what are you waiting for?

If you’ve heard of Java before, then there’s a reason for that! It’s one of the most common and popular programming languages available. It was first released in 1995 as a way for a coder to develop code from anywhere they want. This language is object-oriented and based on class. Basically, this means that Java is portable, meaning that you can find it on pretty much any platform or operating system. Java includes simple algorithms for effective data processing. It’s perfect for anyone who writes across devices or systems and needs a programming language that will convert between everything.

The content that used Java the most are videos, content that is based on the web, and for apps on mobile devices. If you already know C++, then it’s not necessary that you know Java because it only adds some extra capabilities to that language. Just know that Java is a language that can be pretty difficult at the beginning to grasp, but everyone who wants to know how to code needs to know Java. Businesses also are now adopting technologies based on Java – it’s a must-learn for everybody!

Now, lastly, we have one of the best programming languages for absolute beginners, called Blockly. This is a completely free program that offers basic and visual language. Pretty much anyone can use this software – from the youngest people to the oldest. This program works by using blocks to help you build coding. It’s pretty visual, so if you’re a visual learner, this is going to help you learn the programming language much easier than reading some articles or a textbook!

The blocks are used to create code that could be used in Java or Python or any other script. Once you master these blocks, then you can move onto the other more complicated languages that you want to learn. This is a software that’s perfect for those of you who are a bit wary of jumping into the more complicated languages that require a bit more training to master. This allows you to learn at a more basic level before moving towards the advanced level. 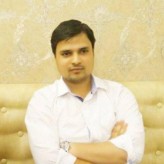 Himanshu Agarwal is an MBA graduate in marketing and a Digital Marketing Expert. He is a frequent traveler, writer, reader, tech-savvy, food-lover, cricket-fan, movie-buff, meditation-practitioner & yoga-doer.