Is Your Cover Letter Destined for the Trash Can?

That cover letter that accompanies every single resume you send out – does it matter? Chances are that you send it along with your resume simply because you’ve heard that it’s a standard approach – a tip that most articles exactly like this include, yet fail to explain why.

So let’s clear something up, your cover letter is important – it’s your chance to grab attention then and there and ensure that your recipient reads onwards to your resume. So here is how to write a cover letter that makes the grade for an interview, rather than the trash bin, by avoiding six cover letter rookie mistakes.

1. Sending an identical letter to every single company you apply to

There’s absolutely no point in even sending a cover letter if it’s simply going to bore your audience to death. A standard letter that is just a summary of your resume is a waste of your time and ink. Instead, think of your cover letter as a chance to sell yourself and to connect with the reader.

Killer cover letter pro tip: Flattery will get you everywhere – so include a short, succinct reason why you’d love to work for the company in question (doing a little research will help – what is their company mission? Have they won awards? Do their achievements provide you with confidence as to what your future could be like there?).

2. Not Proofing Your Letter Thoroughly

Typos, spelling mistakes and grammatical errors are to be avoided at all costs – proof, proof and proof again (and then get two other people to proof it too – you can’t be too certain!).

3. Writing Way Too Much

Gatekeepers have little time to read through cover letters, and they have even less patience to work their way through letters that run over a single side of paper. Stick to 300 words. Max.

Killer cover letter pro tip:  help your reader scan through your letter by bolding or italicizing certain words or phrases.

Not only is the right name essential for directing your letter to the right desk, but getting the name and the spelling of the name correct is also essential if you’re to avoid causing offense.

If you don’t know the recipient’s name, or none has been given, then simply address it: To Whom It May Concern.

5. Being Too Modest (or Overconfident)

There’s a fine balance between modesty and being too confident – undersell yourself and your reader may feel that you leave something to be desired, oversell your capabilities and you run the risk of alienating your reader.

No. Just no. Lie and you’ll always be found out – if not today, then some months down the road (at which point, you may have landed your dream job, only for it to be taken away again).

So, there you have it – six mistakes to avoid for cover letter perfection. Next stop – interview preparation!

Check out some more tips from a Digital Leadership Speaker! 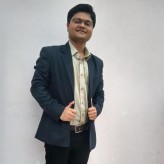 This is Darshan Ruparelia, a technical blogger, a digital marketing expert, the business enthusiastic & social media lover. Refreshed with the most up to date slants about the computerized media, my comprehension about the field is solid and expectations are quite precise.

Previous ArticleSocial Media, Cyberbullying, and Your Duty as an Employer
Next ArticleTerrific Tech: 4 New Technologies That Are Enhancing College Education
THE Skinny
Socialnomics Trends 2 months ago