The UK’s tech industry is growing at a rate of 32% faster than any other industry in the country, and in 2014, the estimated turnover of the industry reached a staggering £161 billion. However, once we learn that there are over 47,000 digital technology companies in the UK alone, this figure isn’t as surprising, and it’s not only London that provides these positions, either. We’ve compiled a list of some of the UK’s most popular cities for tech jobs if you’re wondering where to look for your next career move.

Although we’ve already stated that not all tech jobs are in the capital, London still experiences a huge growth year after year. In the second quarter of 2015, the number of technology jobs that were advertised increased by 9% from the beginning of the year, with 59, 151 positions becoming available. More than seven out of ten of these were situated in London with ads for web developers increasing by 12% and cloud-related jobs growing 21%. It remains the highest paying city for those in the IT industry, boasting an average salary of £52, 982 but for those involved in tech that is looking to work on a freelance basis, London tends to lose its edge.

This northern city has an economy surpassing the figure of £46 billion, and this is largely thanks to a number of notable startups that have been able to thrive here. The Media City development added £1.1 billion to the overall economy in 2014 and, at the same time, Manchester became the highest GVA city outside of London for technology, employing over 30,000 workers. Start-ups such as Fatsoma, Nifty Drives, PharmaKure, Capsule, and Clowdy have all contributed to the tech boom. For IT jobs in Manchester, take a look at CV-Library for potential opportunities.

The Scottish capital has begun to emerge as one of the UK’s major technology hubs with a record number of start-up tech companies being formed here. This is partly thanks to student entrepreneurs who have started successful companies such as pureLiFi which creates light-enabled internet technology. Research innovation from The University of Edinburgh supported 44 start-ups in 2015 and stated that it was helping the city in its bid to become the largest tech hub outside of London. Edinburgh is also home to success stories such as TechCube which specialises in the growth and development of early start-ups and the growth of SkyScanner after its relocation here back in 2003 was another factor that helped the city’s reputation for tech.

With over 1400 companies employing a total of 53,000 people in the city as well as having one of the country’s most prestigious universities, it comes as no surprise that Cambridge comes in at a close second to London for tech jobs.  Some notable start-ups here include Crowdsurfer, Eight19, Darktrace, and the more notable RaspberryPi.  Last year, Cambridge was crowned the best city to work in by the popular recruitment website Glassdoor which ranks cities based on available opportunities, cost of living and overall satisfaction.

If you’ve ever shown an interest in Birmingham, then it’s likely that you’ll have heard of the ‘Silicon Canal’, an area aimed to connect and support the tech communities throughout the city. It’s a particularly good option for people seeking to further their career in tech because of such support networks as the Custard Factory and Birmingham Research Park that include hundreds of businesses of every size. Some tech companies that have made a name for themselves in Birmingham include Adaptable, Orb, HTF-Media, and Droplet.

It could be down to the development of Bristol and Bath Science Park or simply the fact that the city boasts incredibly high-speed data connection availability, but Bristol has seen some of the fastest growing tech start-ups in recent years. A report this year found that there are currently 35,924 tech jobs in the region of Bristol and Bath with 225 companies being started here every year. This report also details that, on average, the salary for digital tech workers here reached £47, 063, an increase of almost 10% in only a 5 year period. Additionally, exceptional contributions have been made to the UK economy from Bristol thanks to recent investments from reputable companies including Oracle, Dyson, and Strava.

Scotland’s tech sector is attracting more interest from foreign investors every year. Foreign Direct Investment (FDI) has been gained by global key players including Apple and JP Morgan and in 2014; the highest proportion of UK projects secured by Scotland grew from 9% to 11% – the highest in a decade. Also, in 2015, Glasgow was named the third fastest growing tech sector in the UK, showing a year on year growth that showed a 12% increase against figures the year before. Leading digital expert Alisdair Gunn and Scottish Development International have created a list of some Scottish technology companies to keep an eye on throughout 2017 which may come in useful if you’re currently looking for a new position in the industry.

Brighton has recently been termed a digital cluster meaning that it is attracting nationwide talent in sectors of web design, app development, gaming, and tech start-ups. Tech companies make up at least 15% of the city’s overall job market, and the arrival of the Digital Catapult Centre cemented it as a center of technology. Some of the most notable tech companies in Brighton include Clearleft, Crunch and I Crossing – one of the world’s largest media companies and player in the digital marketing sector.

Those looking to further their career in the tech sector or even those who are considering a career change should certainly consider these cities. At present, the UK is currently leading in Europe, attracting £28 billion in technology investment since 2011 and this is said to remain a priority post-Brexit.

Get more insight from a Top Keynote Speaker! 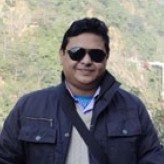