In the world of B2B marketing, there is little room to beat around the bush. Companies expect a to establish a direct link to possible buyers. For them, it is the most important thing, counting on their sales executives to craft a successful lead generation strategy that will result in sales.

It’s time to change that old type of thinking

A great B2B marketing plan needs to be inventive. We live in an age where almost everything is digitalized and everything can be a tool for marketing  Communication with the potential buyers before even pitch your idea is key. All it takes is a bit of creativity. That being said, several companies actually succeeded in their efforts to be inventive while also dominating the social media. Take a look at some of the more imaginative campaigns in B2B marketing.

American Express and its Open Forum is a prime example of a successful B2B campaign in which a company creates a product or a service completely different from what they usually offer, in order to attract new prospects and direct them to their main offering.

Open Forum is the financial corporation’s service that offers sound advice for business owners on various details of running a business. The company shares its insights through its blog but also encourages users share to their own thoughts and ideas with the rest of the community. Since it first launched back in 2007, the service remains a standard for proving the business value of a brand by providing meaningful content to its customers.

If a business is looking to attract a specific type of audience (those most likely to make a sale), its best bet is to create its own content, focusing on unique prospects of the service or product it is selling. That way, it has a useful content that pertains to customer demands and need, while also saving money and time by keeping it in-house.

Caterpillar, one of the global leaders in all-things machinery, recognized the values of this idea and turned it an effective campaign. The company created a blog section for each category of the industry it serves, thus creating a niche market for its customers. The worked like a charm as the customers responded in numbers, providing Caterpillar with a free, yet highly relevant content and a dedicated and loyal community.

The tech company, best known for its networking solutions, took a different approach with its marketing campaign. Led by the mantra that a picture is worth a 1000 words, Cisco created a “slow waiter” campaign, a series of video where a waiter has a conversation with a number of different CIOs. The waiter lists his problems, drawing a parallel to real-life business challenges, while the customers present solutions and technical information. The campaign hit all the right notes – it was entertaining and informative, but perhaps most important of all – it humanized Cisco’s brand.

On the other hand, General Electric opted for a social media route. The conglomerate company has an extensive online presence on all the major social platforms – Facebook, Twitter, Google+, Instagram and so on. The latter is where GE truly shines. The company caters to more than 280k followers, using engaging visuals and topics. As General Electric dabbles in many areas, so are the topics the company engages the followers. They are closely related to the base of operations, yet focusing on prevailing technology and innovation rather than painting a picture about GE’s brand.

Maersk is a transport and logistics company boasting with the largest container shipping in the world. Given their field of operation, you can see how this makes any attempt at a creative marketing campaign a hard push. Not being a company with a formidable social presence, the company turned the situation around with a simple move.

They encouraged all of their employees (more than 25,000 people) to simply follow their online social profiles and then invite others to do so as well. It turns out people responded as Maersk had more than 700k of follower on its Facebook page alone, thus immensely increasing their social reach.

For our final entry on the list, we take a look at how an SEO (search engine optimization) based approach pays off.

Moz, a SaaS (software as a service) company focused on marketing software, has a very active presence in terms of blogging. The company offers tons of information about SEO tricks and tactics, while also letting users share and provide input.

Moz really understands the inner workings of content marketing, which is perhaps best shown in Whiteboard Fridays, a weekly series of videos where the company’s CEO and founder Rand Fishkin shares advice about various SEO related content. The industry-leading blog is rightfully called an SEO empire by many, offering extensive knowledge while effortlessly creating a dedicated community.

In a highly competitive and over-saturated market, a business needs every bit of wisdom and knowledge to promote itself while keeping expenses reasonable.

All it takes is a little creativity as evidences by the examples above. However, it is vital to target the right audience, otherwise your creative and out-of-the-box solution will get you half way at best. Knowing your core audience will allow you to familiarize yourself with their behavior, which will help you greatly in turning them into sales. Create an incisive image about who you are and what you do and the customers will.

Just try to be creative while you do that, it’ll be worth it. 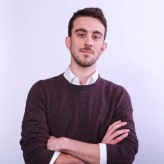 Barak is a veteran in the digital marketing industry, he has initiated, produced and promoted marketing strategies and campaigns for tier-1 global companies. He's experienced in a broad range of advertising and marketing functions, mainly focusing on inbound marketing, SEO and PPC with diverse industry segments. Website: https://boldigital.com/ Linkedin: https://www.linkedin.com/company/bold---digital-architects

Previous ArticleTips on How Businesses Can Be Run from Storage Units
Next ArticleDigitalization and SME’s: Are You Keeping Up?
THE Skinny
Socialnomics Trends December 5, 2021