In the past few years, mobile game app development has improved significantly. Many intriguing apps have surfaced, and the need for more advanced applications is surging. For those building these apps, nothing can prove better than having the best game development tools and software. Broadly, it defines the success or failure of the project. With such platforms to choose from, game app developers might find themselves asking the inevitable question: which mobile game development tools are the best? While every developer might have his or her preferred list, the following seem to have taken the market by a massive storm.

For coders, GameSalad provides you an opportunity of having your first 2D game in under one hour. It comes in three main versions; the educational versions and two others based on subscriptions. For a GameSalad Pro subscriber, you will have access to various features including:

GameMaker provides a platform for building single or multiplayer 2D games. Published by Yoyo Games, it has the provision of bells and whistles with the ability to export the created games to various platforms. If you need it quick and easy, you can take advantage of the drag and drop system. Alternatively, you can use the GameMaker Language. The platform comes with additional support for CVS and SVN. With GamerMaker: Studio, you can also enjoy other beautiful features including:

Designed by Scirra Limited, Construct 2 provides a platform ideal for those whose interest lie developing 2D games that can run on several platforms. This mobile development tool can build apps supported by major operating systems including Windows Phone, iOS, BlackBerry, and Android. But wait, that is not all. Construct two games are capable of running on operating systems reserved for desktops including Linux. What’s more, it also provides app developers with the opportunity of building HTML5 web games.

Construct 2 takes advantage of a drag and drop system. To make your apps lively, Construct 2 gives the possibility of adding events and behaviors. With the Event System, it is easy to read with extra provision for reusing Event Sheets. Worth noting, it is easy to test apps developed by this tool on various devices, thanks to the Preview over Wi-Fi feature. Additional functions that come with this device are:

Also known as Corona, this mobile game development tool is a product of Corona Labs. According to the company, it is the fastest game instrument of development, with promises of up to ten times speed. It is free and suitable for developing 2D games. Corona SDK game development simulators operate Windows and OS X machines. Some of its outstanding features include:

For the mobile game developer, having a firm grip on best mobile gaming tools is as good as creating the latest trending mobile game in the market. With an excellent gaming instrument of development, the best games might as well be on their way. However, using the best gaming tool is one thing and coming up with a retail game is yet another different aspect. Those who take advantage of these tools to make their games shareable and easily marketable carry the day. It becomes even better when you can use social media as your key marketing toolbox. So how exactly can one achieve this?

Word of mouth still ranks as the best marketing technique available. Social media gives game developers the perfect opportunity of exploiting this marketing technique. It is as easy as making your content easily shareable through various social media channels. To achieve this, developers should observe three critical aspects when creating games; shock value, abilities to trigger excitement and aggressiveness.

More visual contents are easily engaging. If you can use mobile gaming tools with the best visual software, you will as well been on your way of making the resultant easily shareable and social media friendly. For game developers, you have the added advantage of your medium being highly visual. A single screen shot from your game posted on social media should be able to spark reactions resulting to massive retweets and intensive sharing.

To make the most out of social media as a marketing tool for your mobiles games, you need to have a personal relationship with potential operators. Growing the player base can be as easy as increasing the number of followers on Twitter. To make it even more enjoyable, know what to do with the supporters. Let social media be the platform where the players and stakeholders can voice their concerns so freely, report a bug or even make inquiries on updates. Do this the right way and have one-time players turned into true gamers.

Establish links with other developers

Lastly, developers can use social media to build relevant relationships with other developers. With an official link, you will have wind of the latest trends in the market including the newest mobile gaming tools in the market.

It is worth appreciating that recent developments in the world of gaming had brought forth numerous mobile game development platforms. Each comes with its features giving the developer the opportunity of making the best games the word is yet to see. For those who can use these tools to develop games that are social media friendly and easily shareable, the future is even brighter. 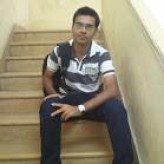 Charlie Brown is a freelance content writer. He has written many good and informative articles on different categories such as Technology, health, fashion, beauty, education, career, travel etc. He loves to share his knowledge and experience with his friends and colleagues. To know more about Rochester MN SEO agency and Ithaca SEO company, please visit the site.

Previous Article3 Ways to Be Seen as a Social Authority in Your Niche
Next ArticleEbay’s New Amazon Prime-Like Delivery
THE Skinny
Socialnomics Trends October 1, 2022