The algorithm which determines the content displayed to the Facebook users carries a high risk for the development of social consciousness and versatility.

During the election campaign in the United States, the most popular social network in the world looked like the lair of false news rather than a serious platform. The story about Pope Francis supporting Donald Trump has spread like wildfire in just a few hours after it appeared.

The article states that the FBI agent, who reportedly researched the emails of Hillary Clinton, killed his wife and committed suicide. The story has attracted enormous attention.

The common thing to these two “news” is that they are false, just like many others for which the epilog of elections in the United States brought an avalanche of criticism of social networks. They are mainly accused of helping the Republican candidate to become the president.

Mark Zuckerberg rejected the criticisms expressly, even though he was aware that more than half of Americans are getting informed through his network. However, to please the public, Facebook has decided to revoke the access to fake news.

The reason for such decision was most likely two Macedonian teens who made the propaganda machine in their shack. At that time, Facebook was getting cluttered with fake viral news which attracted enough attention to make those guys a nice income. The presidential campaign was highly lucrative for them.

However, the problem of social networks and Facebook, in particular, exceeds these two smart guys. First of all, the content that users see when they access their Facebook profile or news feed consists of posts, images, videos and links that are shown to a particular user for a reason. To be more specific, they are selected according to the particular history of the user’s interaction with the platform (likes, comments, and so on).

But this seemingly efficient model showed one key flaw. In the days before the elections in the US, right-wing oriented sites (as they had a “loyal” audience with more interaction) “blew away” the mainstream media, and only CNN and Fox managed to resist them.

According to the former designer of Facebook, Bobby Goodlatte, this kind of “news” has the highest potential to establish the interaction and stimulate the engagements.

Yet, to limit the spreading of misinformation through social networks, Facebook will have to make a very serious strategy. As Zuckerberg once said, it is hard to identify the truth. That is why the lawyers are having a plenty of work. According to attorney Sherwin Arzani, the Facebook legal team has their work cut out for them. They will have to figure out a way to filter the information better and without making it seem like they are monitoring everything that people are doing on Facebook.

Also, according to him, their goal is to show people the content that they will find interesting and valuable for them. People are good but even though they might not feel so at the particular moment, the faith in people will indeed bring positive results in a long-term.

It remains the secret

For experts dealing with the research of Facebook and its influence on the audience, such Zuckerberg’s statements represent a significant part of the materials they handle. The company does not reveal too much information in public, and it is incredibly mysterious regarding the algorithms that are the key for selecting and displaying the content.

Political experts found that social media can affect the elections or at least the turnout, but the details and the manner in which this mechanism primarily works remain unknown. Many people have a fear that the Facebook algorithm based on the selection of relevant content for a particular individual creates a kind of enclave of like-minded people who interact with the content, which further strengthens their viewpoints.

In this way, millions of Facebook users around the world remain without the key thing for any serious academic debate, and that is the opposite opinion. 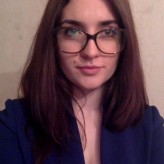 Previous ArticleWant to Know How Much You Will Pay for Your Site’s SEO Services?
Next ArticleVerizon Reconsiders Deal with Yahoo
THE Skinny
Socialnomics Trends October 1, 2022