Social Media PDAs – Are Virtual Displays of Affection the Future of Romance?

Social media is now a fully integrated part of our everyday lives. Everyone from your Grandma to your neighbor’s dog has a Facebook account, and image-based apps like Instagram and Snapchat have become the new way to share everything from your lunch to your holiday snaps with the world.

While social media platforms have always been great for self-expression, it seems that nothing is sacred anymore. Signs of affection for the people we love are commonplace, but recently we have seen more and more people turn to social media to show their loved ones some “Virtual Displays of Affection”.

There has been a huge rise in celebrities showing their love for each other online recently, with couples like the Beckhams and Sofia Vergara and Joe Manganiello sharing loved-up messages with their other halves for all their fans and followers to see.

With the addition of emoticons on social media platforms like Facebook, showing the world how much you love your partner is easier than ever before. Photos, hashtags, videos, and open letters are just some of the ways people in America are showcasing their love for one another.

According to Facebook’s Insights, 62% of Facebook users in the USA have shared their relationship status on their profile. Of those, 40 million are single, 20 million are in a relationship, and 60 million are married. Data from emojitracker.com has also shown that the single red heart is the third most commonly used emoji on Twitter, followed closely by the heart eyes face.

But do these new online displays of affection mean that traditional romantic gestures are being forgotten? What’s happened to simply celebrating your anniversary with a gift and a card?

A new study by pearl specialist, Laguna Pearl, has found that a lot of people struggle to remember their anniversary for various reasons and therefore may be simply leaving it too late to buy their other half a present, resorting to social media for a last minute display of affection.

The results showed that men were generally worse than women for remembering their anniversary. They did, however, tend to spend a bit more money when it came to buying a gift (perhaps this is to make up for forgetting the day in the first place?)

So, what does the future look like when it comes to relationships? We already have a choice to display our relationship status online, and it’s hard to open your Facebook without seeing at least one picture of someone’s engagement announcement. But will this develop even further as the internet and social media continue to evolve?

It’s likely that the older generation will still follow the traditional ways of celebrating their relationships by giving each other gifts and keeping their private lives just that – private. The younger generation, however, are bombarded by friends and family sharing their lives online and this is likely to continue as the number of social media sites increases.

Who knows, maybe the next big thing will be a relationship tracking app that you and your family can use to keep up to date with the big milestones you and your other half reach, to ensure no one misses a special day again! 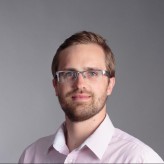 Previous ArticleClinton Campaign Trolls RNC
Next Article5 Reasons Why Taking Risks Will Lead You Down A Path Of Success
THE Skinny
Socialnomics Trends December 5, 2021