Does Over-Sharing Leave You Open to the Risk of Identity Theft?

Generally speaking, social media is a pretty nifty tool for keeping in touch. Platforms including Facebook, Twitter, Instagram and LinkedIn offer us a thousand different ways in which we can remain plugged in at all times.

However, our seemingly endless capacity for sharing, swiping, liking and retweeting has some negative ramifications, not the least of which is that it opens us up as targets for identity theft.

Identity Theft Over the Years

Identity theft isn’t a new criminal activity; in fact, it’s been around for years. What’s new is the method criminals are using to part people from their sensitive information.

Fraud techniques have evolved at the same pace as technology developments.

Considering how long identity theft has been a consumer threat, it’s unlikely that we’ll be rid of this inconvenience any time soon.

The police have been using fake social media accounts in order to conduct surveillance and investigations for years. If the police have gotten so good at it, just imagine how skilled the fraudsters must be who rely on stealing social media users’ identities for a living.

In many cases, a fraudster might not even need any personal information at all.

Case Study #1: The Many Sarah Palins

Former Alaska governor Sarah Palin is no stranger to controversy, nor to impostor Twitter accounts. Back in 2011, Palin’s official Twitter account at the time, AKGovSarahPalin (now@SarahPalinUSA), found itself increasingly lost in a sea of fake accounts.

In one particularly notable incident, a Palin impersonator tweeted out an open invite to Sarah Palin’s family home for a barbecue. As a result, Palin’s security staff had to be dispatched to her Alaska residence to deter would-be partygoers.

This phenomenon is not limited only to Sarah Palin. Many public figures and politicians, particularly controversial ones like the 2016 presidential candidate Donald Trump, have a host of fake accounts assuming their identity.

As demonstrated by the above incident, it doesn’t take much information to impersonate someone via social media. In the case of Dr. Jubal Yennie, all it took was a name and a photo.

After Quesenberry sent out a series of inappropriate tweets using the account, the real Dr. Yennie contacted the police, who arrested the student for identity theft.

While the first two examples were intended as (relatively) harmless pranks, this next instance of social media fraud was specifically designed to separate social media users from their money.

In 2012, a scam involving Facebook developed as an attempt to use social media to steal financial information from users.

Hackers hijacked users’ accounts, impersonating Facebook security. These accounts would then send fake messages to other users, warning them that their account was about to be disabled and instructing the users to click on a link to verify their account. The users would be directed to a false Facebook page which asked them to enter their login info, as well as their credit card information to secure their account.

Another scam circulated on Facebook over the last few years bears some resemblance to more classic scams such as the “Nigerian prince” mail scam, but is designed to be more believable and hit much closer to home.

In this case, a fraudster hacked a user’s Facebook profile, then message one of the user’s friends with something along the lines of:

“Help! I’m traveling outside the country right now, but my bag was stolen, along with all my cash, my phone and my passport. I’m stranded somewhere in South America. Please, please wire me $500 so I can get home!”

Family members, understandably not wanting to leave their loved ones stranded abroad, have obliged, unwittingly wiring the money to a con artist.

Simple phishing software or malware can swipe users’ account information without their having ever known that they were targeted, thus leaving all of the user’s friends and family vulnerable to such attacks.

How to Defend Against Social Media Fraud

For celebrities, politicians, CEOs and other well-known individuals, it can be much more difficult to defend against social media impersonators, owing simply to the individual’s notoriety. However, for your everyday user, there are steps which we can take to help prevent this form of fraud.

Antivirus software, malware blockers and firewalls can only do so much. In the end, your discretion is your best line of defense against identity fraud. 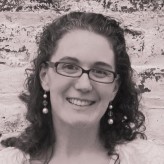