Internet vs. Television: Which Is the Second Screen?

Do you spend more time in front of the TV or in front of the computer screen? Just a few years ago, the answer probably would have been the television. But with a growing global online population, the Internet is gradually replacing television in the lives of modern individuals.

Recent studies show that about 30% of the world’s population is online, and the average Internet user spends 32 hours per month surfing the web. While many individuals still watch television programs on a regular basis, the amount of time spent in front of a TV has declined over the years as more and more people choose to view content online.

Why Is the Internet a preferred medium for entertainment?
According to a study from the Australian Bureau of Statistics, Australians spend about 13 hours a week watching television – that adds up to about two months every year. But time spent online is starting to surpass time spent watching television. Unlike TV, the Internet can be used for business, personal use, and entertainment. With so many different things to do online – from posting on social media to shopping at e-retailers –the Internet is not at the forefront of competition for consumers’ attention.

How are Internet users watching TV?
Cable and satellite TV services may provide thousands of channels, but traditional television programming still doesn’t compare to the variety of the Internet. There are hundreds of TV shows and movies available from a number of online streaming sites. And with huge databases like Youtube, you can find practically any program ever filmed.
Another reason the Internet is taking over as the preferred screen? Flexibility. Viewers can watch TV anywhere they want on a variety of portable devices, from laptops to tablets to smartphones. And with ever-faster Internet connections from providers like Google Fiber and Verizon Internet, viewers can multi-task while they watch TV. They can send emails. Look up information. Scan social media accounts. Shop online.

The social media effect
Social media comes in a variety of different forms, from Facebook to Twitter to Tumblr and beyond. Social networkers use these outlets to engage with businesses, stay in touch with friends and post about the things they love. And that includes TV shows.

Social media makes watching TV online even more appealing – viewers can tweet or post  about the programs they watch, interact with other viewers and share opinions about characters and plotlines. In a modern world where users can keep up with the news, the weather, their family and friends, and all their entertainment online, consumers have less and less of a reason to turn on the TV.

There is no denying that television is still a major player, but the Internet is quickly becoming the dominant force in entertainment. Once a luxury, the Internet is now practically a necessity that plays a dominant role in the lives of average individuals. From socializing to watching TV and movies, the Internet is evolving into the preferred method of content consumption.

The increasing prevalence of the Internet means that bloggers need to be more timely, more relevant and more interactive than ever. The Internet never sleeps, after all. The demand for online content is at an all-time high, and bloggers need to make sure that they’re updating their sites and adding new content constantly.

The recent domination of the Internet over TV also proves that viewers want to create and continue conversations online. Start interacting with your readers outside your site. If you haven’t already, create Facebook and Twitter accounts for your blogs. Link back to your posts – but also follow your readers and other bloggers, post interesting links, pose questions, ask for feedback and respond to comments.

One thing to be wary of? Spoilers. If you write about TV shows, remember that online streaming means that viewers can keep up with programs at their own pace – even if that’s days, months or years behind. To keep your readers happy and engaged, stay current – but remember to use that always-helpful spoiler alert. 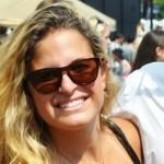