Is FICO Under Threat of Fintech Disruption?

Is FICO Under Threat of Fintech Disruption?

Credit scoring is one of the pillars of responsible consumer finance. Without understanding the creditworthiness of a person, predicting the chance of default would be a much harder and more time-consuming undertaking. The business of debt would be more risky than lucrative, and consumer spending would not be high enough to keep most economies going.

For decades, Fair Isaac Corporation has been synonymous with credit scoring, especially in the United States. It gave the world the first credit risk score in 1981, and its model hasn’t stopped evolving since.

Today, FICO scores are perhaps the most important three-digit numbers in any consumer’s life. They are instrumental in not just making credit-related judgments but also pricing insurance premiums, hiring employees, choosing tenants, and funding upstart companies.

In an age when financial technology is changing the way we look and think about all things money dramatically, FICO is surprisingly unfazed. Despite the reality that many incumbent players in the financial world have been losing business to more innovative disruptors, the king of credit scoring has remained sitting pretty on its throne.

Is FICO fundamentally immune to fintech disruption, or has it been living on borrowed time for years? Let us analyze what FICO and its notable rivals do to see which one will have the loudest voice in consumer creditworthiness in the near future.

What Comprises the FICO Scorecard?

FICO scoring models have had numerous iterations over the decades to provide credit bureaus, credit card issuers, lenders, insurers, and other interested parties greater choice when it comes to consumer risk assessment. Although all FICO algorithm versions are unique on paper, they calculate credit scores using the same factors.

Generally, a FICO scorecard puts a premium on payment history; it accounts for 35% of a consumer’s creditworthiness. Next is the level of debt (a combination of revolving credit utilization and the remaining balances of installment loans), which affects 30% of the credit score.

Furthermore, FICO also cares about the average age of active credit accounts to determine a person’s experience in handling finances. This component is responsible for 15% of the credit score. Credit mix (the variety of credit types a person has) and the number of inquiries (requests for new trade lines) represent the remaining 20%; each of them dictates 10% of an individual’s creditworthiness.

FICO scoring models have stood the test of time for one simple reason: they work. They have proven to predict a consumer’s likelihood of delinquency with impressive accuracy and reliability. No wonder the company’s slice of the pie continues to increase to this day.

How Do Fintech Companies Try to Do Things Differently?

FICO is not the only game in town. In fact, the fintech boom has opened the door for more players. Most, if not all, of them, look up to FICO, but they recognize that the most popular credit scoring models are still far from perfect.

Fintech companies in this space usually want to serve the consumers that FICO deems unscorable. Many of these maverick startups do not rely solely on reported credit details. Instead, they capitalize on big data and take alternative sources of information into account in hopes of scoring consumers more accurately.

Lenddo works with typical data furnishers, like financial institutions, and also looks into social media activity when generating credit scores. It has been in the business since 2011, and its global footprint currently spans across more than 20 countries on various continents.

ZestFinance aims to calculate the creditworthiness of Chinese consumers using an algorithm based on Internet browsing histories. Operating in a country where credit card usage is not as prevalent as it is in the Western world, the company strives to crack the “credit risk” code in China the same way FICO did in America.

While the said fintechs are full of potential, these Davids are unlikely to topple the Goliath (or even give it a bloody nose). It would take another behemoth to petrify the very company that started the whole credit scoring industry.

What Is FICO’s Biggest Threat?

VantageScore is arguably FICO’s only real business adversary. What makes it a worthy challenger to the market leader’s long-standing dominance is the group of organizations behind it.

In 2006, the VantageScore model was developed by a trio of major credit bureaus in the United States: Experian, TransUnion, and Equifax. It has undergone four changes since it was initially rolled out, and its 4.0 version will be available to American lenders in the fall.

VantageScore values the same factors FICO does, but one of the areas they do not agree on is data usage. VantageScore bases its model on a collective set of consumer credit files while FICO depends on millions of anonymous credit reports to do its math.

In other words, the former likes to play with raw, unsorted consumer data, and the latter prefers organized pieces of information. Both close rivals, though, glean insight from what “The Big Three” feeds them.

Industry observers say that VantageScore is special because it manages to score consumers that FICO traditionally ignores due to limited payment histories. VantageScore’s ability to generate credit scores for millions of consumers translates to a massive number of potential customers.

So, why does FICO still seem unshakable? Regulation.

The mortgage world uses FICO exclusively. One of the explanations for this is the decision of the Federal Housing Finance Agency to blacklist VantageScore in December 2018. This was due to a conflict of interest since it is a joint venture of the country’s top credit bureaus.

Surprisingly, the FHFA had a change of heart. It is now allowing government-sponsored enterprises, Fannie Mae and Freddie Mac, to consider VantageScore models as alternatives to FICO-developed ones.

FICO might have never felt less secure about its position as the market’s undisputed leader than now. Only time will tell whether fintech can finally end its decades-long reign. 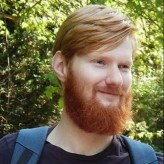 Avid learner, Oleh's curiosity is a never-ending source of inspiration that drives him to research, revise and apply new things. He is an experienced blogger at seotribunal.com with expertise in email marketing and digital commerce, but also a passionate traveler with a great sense of humor, who cannot leave a stone unturned in the pursuit for greater knowledge and understanding. Reach him out @DMGeekcom.